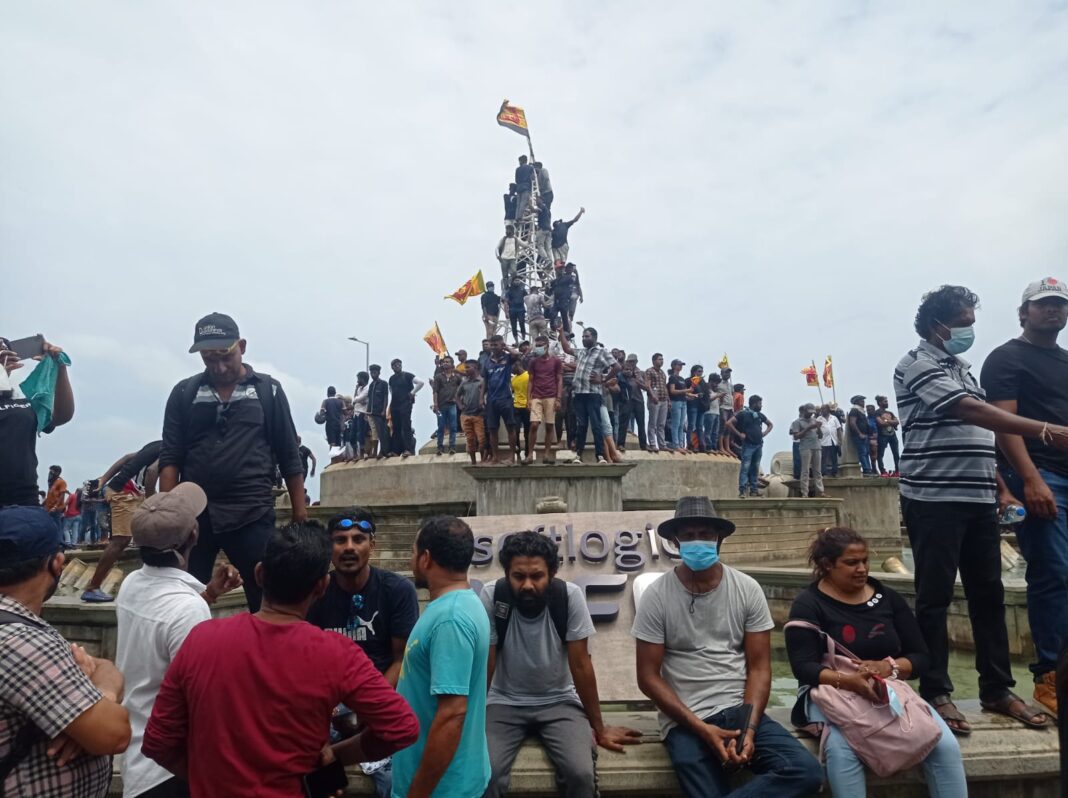 ECONOMYNEXT – Police permission must be obtained six hours ahead of any protest-marches and demonstrations, Sri Lanka’s Acting Minister of Defence said, defending a controversial return to war-time high security zones (HSZs) in the capital Colombo.

State Minister of Defence Premitha Bandara Tennakoon told reporters Monday September 26 morning that the security establishment will take legal measures to stop or prevent illegal demonstrations that inconvenience and obstruct everyday life and create a sense of chaos in the country.

He stressed, however, that the government accepts and respects the people’s right to protest.

“But no protest should cause obstruction to everyday life or to the economy,” he said.

“As per the law of the country, prior approval must be obtained from the security establishment a few hours prior to a protest march or demonstration. None of the protests currently being held is in accordance to that law,” said Tennakoon.

“The police must be informed about any protest six hours ahead and if permission is obtained, there will be no issues,” he said.

The state minister was speaking at a press conference held at the government information department with the participation of Defence Ministry Secretary Gen Kamal Gunaratne and police spokesman SSP Nihal Thalduwa.

The government came under harsh criticism from some opposition lawmakers and activists for what they claimed is the most recent episode in a heavy-handed crackdown on anti-government protests.

Youth-led protests against the government of ex-President Gotabaya Rajapaksa that erupted islandwide from March onward, amid Sri Lanka’s worst currency crisis in decades, saw thousands of ordinary citizens take to the streets demanding Rajapaksa’s resignation. Following his exit in July and the appointment of Wickremesinghe as his successor, the authorities have followed a tougher line on anti-government protests, though analysts say there was an organic and gradual decline in the public’s appetite for protests after July 09.

Government ministers and others claim that some opposition parties, particularly those on the left, have hijacked the people’s protest since at least May and that Saturday’s protests – held demanding the release of some protest leaders affiliated with those parties who are currently detained – was a politically motivated attempt at disrupting Sri Lanka’s recovery efforts.

The organisers vehemently deny the allegations and claim that the Wickremesinghe government is attempting to violently suppress dissent. The use of provisions in the controversial Prevention of Terrorism Act (PTA) has also drawn much criticism. The latest series of arrests has also been met with condemnation. Amnesty International South Asia said the Sri Lankan authorities have “reaffirmed its intolerance towards dissent”.

By arresting at least 84 peaceful protesters today, Sri Lankan authorities have reaffirmed its intolerance towards dissent.

Ironically, these peaceful protesters were demonstrating against the State’s suppression of dissent.

All peaceful protesters must be released NOW. https://t.co/GpQvK9FYq3

Tennakoon said no party or group can be allowed to act irresponsibly and break any law that exists to maintain the peace.

“The government acts with great responsibility in this regard,” he said.

Otherwise, he said, a “frightful anarchic” situation will be inevitable with a return to violence. He was ostensibly referring to incidents of May 09 that saw a wave of retaliatory mob violence around the country after supporters of the then Prime Minister Mahinda Rajapaksa launched an unprovoked attack on peaceful anti-government protestors. Houses and offices belonging to various government MPs were burnt and several people were killed in the aftermath, including one MP.

“We cannot allow such a situation to recur in this country. As State Minister of Defence, I reiterate that the government will take legal measures to stop all illegal attempts by those groups to meet their objectives,” said Tennakoon.

“The president imposed High Security Zones to ensure national security. [It is what] the people expect from a responsible government. Anyone can function as usual in those areas. It will only be a problem to those who engage in illegal acts,” he said. (Colombo/Sep26/2022)