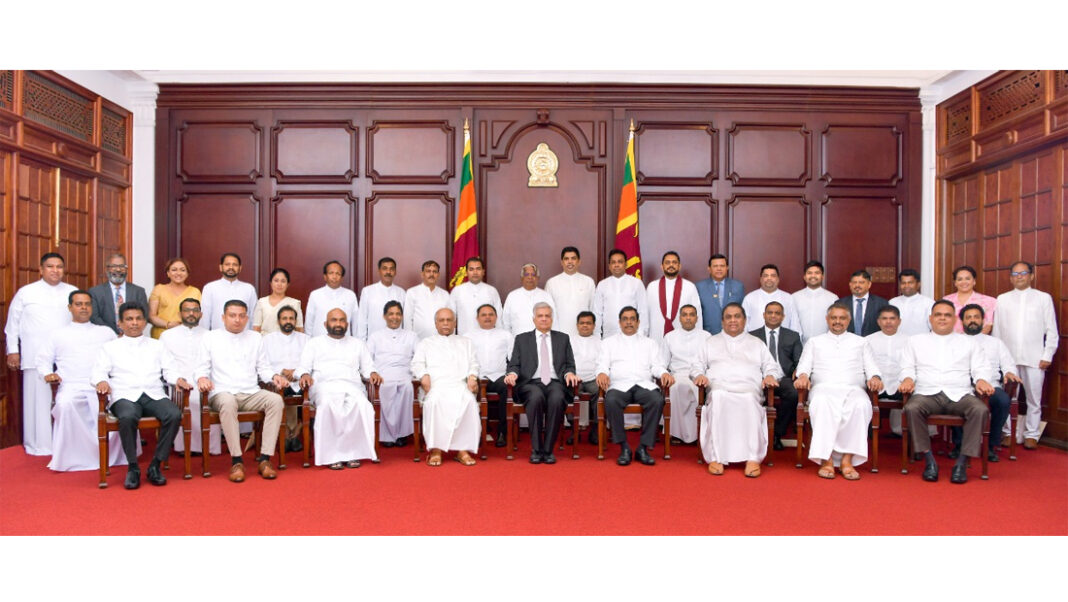 ECONOMYNEXT – Sri Lanka’s President who faced criticism over expanding his government with 37 state ministers at a time when the country is bankrupt may have withheld state-funded iPhones for the new worthies, but they still get a handsome handout.

Ranil Wickremesinghe’s Secretary Saman Ekanayake ordered the chief accounting officers of all ministries that the new ministers should not be given any communication devices. But they will still get 40,000 rupees monthly towards calls and data charges.

It is not clear how many returned the expensive mobile devices they collected last time round under deposed president Gotabaya Rajapaksa.

“No pot to pee..#IMFLoans! But 37 state ministers!,” wrote Soraya M. Deen on Twitter. “@RW_UNP (Ranil Wickremesinghe’s) promise of vistas of prosperity for Lanka.”

Many others too took to social media platforms to criticise the appointments.

Increasing taxes on people, and subsequently appointing 37 state ministers is a robbery during such a national financial crisis.

Out of the 37, only six are defectors from the SLFP while all others are from Gotabaya Rajapaksa’s SLPP party.

Health State minister Sita Arambepola had during her earlier tenure ran into a controversy after it was revealed that in addition a parasol had been requested for her vehicle at state expense earning her the nickname “Mrs. Umbrelapola” .

Ekanayake’s new circular put a stop to such demands and listed items that the ministers during a period of austerity were entitled to. The list is still impressive.

Each minister can have up to three Sports Utility Vehicles, personal staff off 11 with their phone bills too reimbursed up to 5,000 rupees a month.

Each minister could draw up to 500 litres of petrol or diesel which could cost a whopping 270,000 rupees a month at the pump. The ministers will be accommodated in plush offices within the line ministries.

All members of parliament are entitled to a house in Colombo and parliament also allocates them personal staff paid for by the government.

The new state ministers have said they will not draw their salaries, but they already get paid for attending parliament and committee meetings. They even get 350,000 rupees worth of postage stamps free. (COLOMBO, Sept 9, 2022)