Sri Lanka ‘social security’ levy is a travesty, should be a sunset tax: Harsha 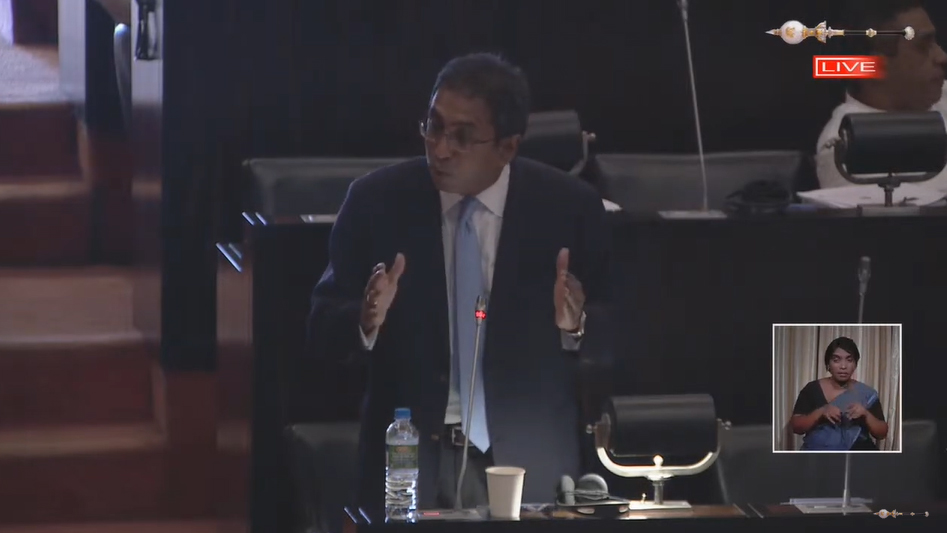 Sri Lanka’s parliament passed the tax with 91 voting for and 10 against losing an opportunity to reform the country’s tax system in a graphic display of what usually happens in the country and where bad policies get worse.

The 2.5 percent tax was proposed by ex-Finance Minister Basil Rajapaksa when value added tax was 8 percent.

“If you look at it like VAT it will be a minimum of 5 percent (will add to retail prices),” de Silva said.

“This is an ‘achcharu’ tax. You now have VAT and (cascading) turnover tax and VAT. When this was proposed by Basil Rajapaksa VAT was 8 percent. It was increased to 12 percent in May and 15 percent,” de Silva said.

The tax went against the principles set out by Minister Manusha Nanayakkara in his opening speech which said indirect taxes should be reduced and the tax system simplified.

“Minister Nanayakkara, you talked about tax administration, how people do not may,” de Silva said. “If you impose taxes like this it will get further complicated.

“You mentioned that the world is going in direction. That is right. But tell me which country is progressing with has both types of taxes? It is very difficult.”

“I agree as a policy that tax system should simplified.”

De Silva said the tax should be ended after a time.

“Then you should put a sunset clause. In the next budget give a time frame when it is ended. This is like a NBT.”

De Silva who is head of parliament’s Public Finance Committee had said earlier the tax was cleared due to the economic crisis the country was facing, though it was a fundamentally flawed.

He said when taxes are sent to the committee for approval a proper analysis should be followed. (Colombo/Sep09/2022)