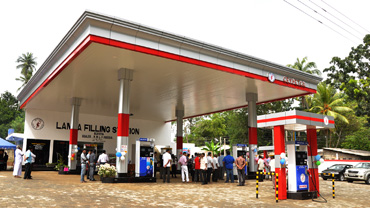 ECONOMYNEXT – Sri Lanka’s state run fuel retailer said there was no truth in the recent claim by Filling Station Association which said 300 fuel sheds have been closed down due to the lack of supply.

Filling Station Association President Kumara Rajapakshe on Monday told EconomyNext that nearly 300 filling stations have been closed temporarily island wide due to complications arising from a new payment system and inadequacies in the supply of fuel.

Rajapakshe also said that CPC was not providing enough fuel despite tripled demand and that stocks are depleted in four to five hours while filling station owners are unable to pay cash on demand for fuel, leading to closures.

“If stocks are depleted within a few hours, and 95 percent via cash, then paying for fuel should not be a problem,” the CPC said in the statement.

He said on Monday that due to fuel distribution being prioritized based on location and demand, some filling stations had to be closed till the next day. The CPC, however, stated that the priority system was implemented according to instructions by Power and Energy Minister Kanchana Wijesekara  to reduce inefficiencies during the process.

The statement said that approximately 4000 MT of diesel and 3000 MT of petrol are distributed daily island wide.

“This is a high amount compared to fuel availability during the previous shortage. So lack of supply cannot be driving closures,” the CPC said. (Colombo/Sep07/2022)