Sri Lanka would be able to use new IMF funding for budget: CB Governor 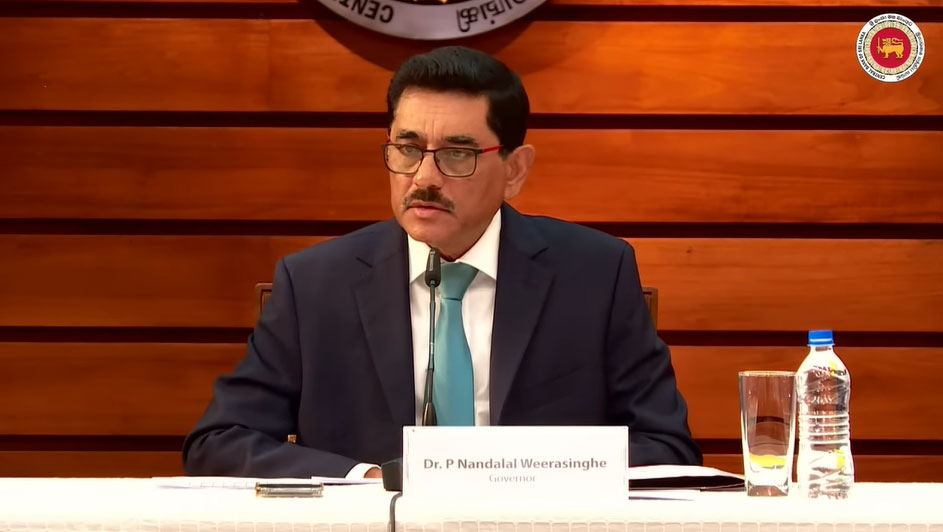 ECONOMYNEXT – Sri Lanka would be allowed to use funds from the next International Monetary Fund for budget finance, and not only to boost foreign reserves, Central Bank Governor Nandalal Weerasinghe said.

Sri Lanka has gone to the IMF 16 times in the past after printing money to boost domestic demand and losing foreign reserves.

“In all the earlier programs IMF money was available to the Central Bank for balance of payments purposes,” Governor Weerasinghe told Sri Lanka’s Newsfirst television.

“Those funds were not available to the government to finance the fiscal deficit.

“But this time, because of this special situation that money can be used to finance the fiscal deficit as well.”

IMF disbursements are usually made directly into the balance sheet of the central bank without disturbing domestic reserve money and the money is invested in the US securities (effectively the US budget deficit) in the case of a dollar peg.

By the time IMF money comes the economic activity and credit had been slowed by higher interest rates and a float of the currency is done to end sterilized interventions (money/exchange policy conflicts) and restore monetary stability.

This is the reason why IMF programs work and borrowings or bridging finance only makes the problem worse.

Budget finance usually come from other development partners such as the World Bank and Asian Development Bank.

Strong reform programs in the past has qualified Sri Lanka for program loans, where disbursements are made when growth promoting reforms are done.

“So that is an additional support IMF is giving directly into budget finance by which the government can bring down the domestic borrowing requirement,” Governor Weerasinghe said.

“Now 100 percent of the deficit is financed through domestic borrowings.

Foreign reserves, under Net International Reserve Target are savings taken away from the domestic credit system through a higher interest rate by blocking domestic credit.

An IMF programs reverses the process a pegged central bank engages in to create a currency crises, which is to inject liquidity into a banking system by purchasing Treasury bills, allowing banks to give loans without raising deposits, making outflows more than inflows.

By making disbursements into the central bank, especially front loaded disbursements, the sell downs of bills into banking system can be reduced, creating space for either budget finance or private sector credit.

Instead foreign reserves can be built over a longer period, including after other external flows also resume with increased confidence.

However in the current crisis, investors have been spooked over fears that domestic debt would be re-structured exposing a weak link in the current IMF strategy to restore debt sustainability to countries with monetary instability.

Unlike foreign bond investors, investors in domestic bonds had continued to finance the deficit even more than senior creditors like World Bank and Asian Development Bank.

Fears of re-structuring has led to higher rates. (Colombo/Sept08/2022)