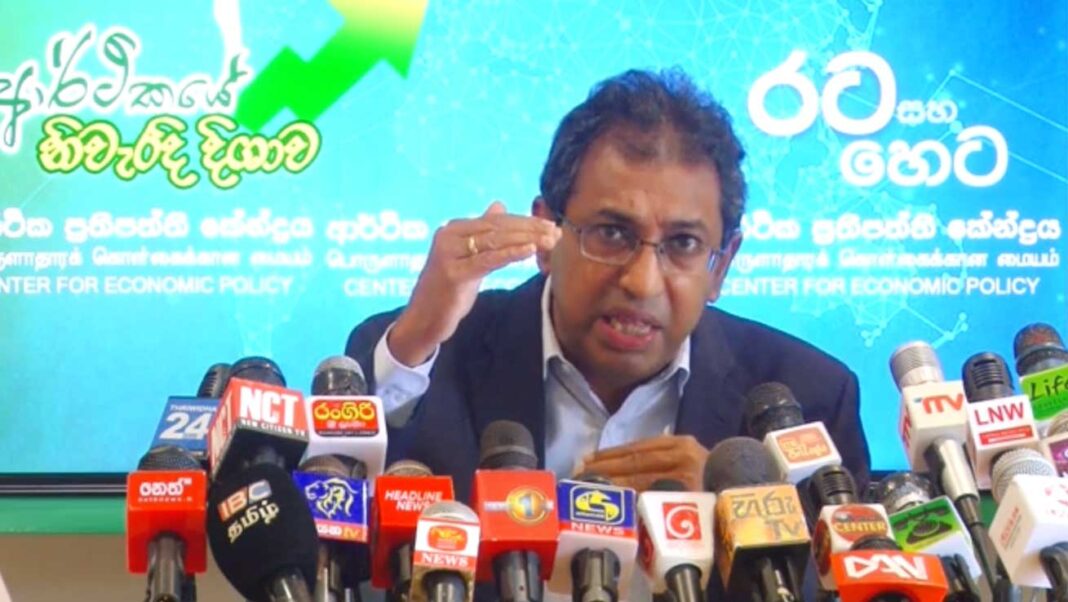 ECONOMYNEXT – A 2.5 percent cascading turnover tax set to be legislated shortly may take sales taxes over 22 percent, opposition legislator Harsha de Silva said as Sri Lanka is set to lose an opportunity to reform its tax system under an International Monetary Fund program.

Such a tax called ‘bazaar tax’ was imposed by the Colonial government at 2.0 percent and withdrawn in 1813 after discovering its cascading nature and distortions but came back as turnover tax, nation building tax and now as social contribution levy.

The Social Security Contribution tax was originally proposed earlier in the year when VAT was at 8.0 percent. It approved by the parliaments Committee on Public Finance under de Silva at a time when value added tax was already raised to 12 percent.

VAT was subsequently raised to 15 percent as a staff level agreement was finalized with the International Monetary Fund.

A turnover tax is a tax on tax at each stage of value addition, making it high yielding but distorting economic activities. It is also set be charged on some businesses with larger turnover.

“This tax is a cascading tax,” De Silva said. “”This tax originally proposed by Basil Rajapaksa in budget six months ago. In the world that is moving forward there is only one tax system. Either there has to be VAT or turnover tax.

“If both are charged it become an salad (achcharu)”

Some policymakers in the Rajapaksa administration were hostile VAT, according to some insiders leading to the breakdown of the system which was introduced in the mid 1990 as a replacement to a turnover tax, where the neutral rate was calculated at 17.5 percent.

It is not clear whether the tax will be charged before or after VAT on a good at the point of sale.

JVP legislator Anura Dissanake also objected to the tax being passed without debate, though party leaders had agreed to do earlier where he was not present.

“If the turnover tax is 2.5 percent it will be a minimum 5 percent with VAT,” de Silva said. “I talked to a senior accountant and he said it can go to 7 percent.”

Unlike an import duty, the retail tax also hit the public whenever prices fluctuated in the domestic markets during shortages, observed Antony Bertolacci, one time head of customs (sea tax) and postmaster general that it had the most ‘odius and distressing effect”.

“This act of the goverment, proclaimed in July 1813 was received by the natives and inhabitant of Ceylon with the strongest expressions of Joy,” Bertolacci wrote in A view of the Agricultural, Commercial and Financial Instersts of Ceylon.

“Every class of people presented public thanks to the governor in seeing themselves freed from a most baneful and oppressive tax.”

Economic analysts had originally proposed that VAT be charged at 20 percent so that money is not printed and the rupee can be held stable. A stable currency with a single anchor monetary regime is the best safety net for the poor and the aged.

Ironically at the time Ceylon was experiencing an early currency crisis, with the Rix dollars falling in value and specie being exported with silver peg being broken and only paper money remaining.

“The Ceylon exchange rate fell from sixty-three to eighty fanams to a (Madras) star pagoda: and by the year 1812, all the silver coin, and a great part of the copper, had disappeared from the island,” he wrote.

There were suggestions that money printing (super abundance of paper money, a term used in early monetary debates in the UK) that was responsible.

“An opinion has been entertained, that the disordered and alarming state of the exchange might have orginated from a super abundance of paper money in circulation.”

However he was “not inclined to adopt opinion” that the silver peg broke due to money printing much like present day soft-peggers.