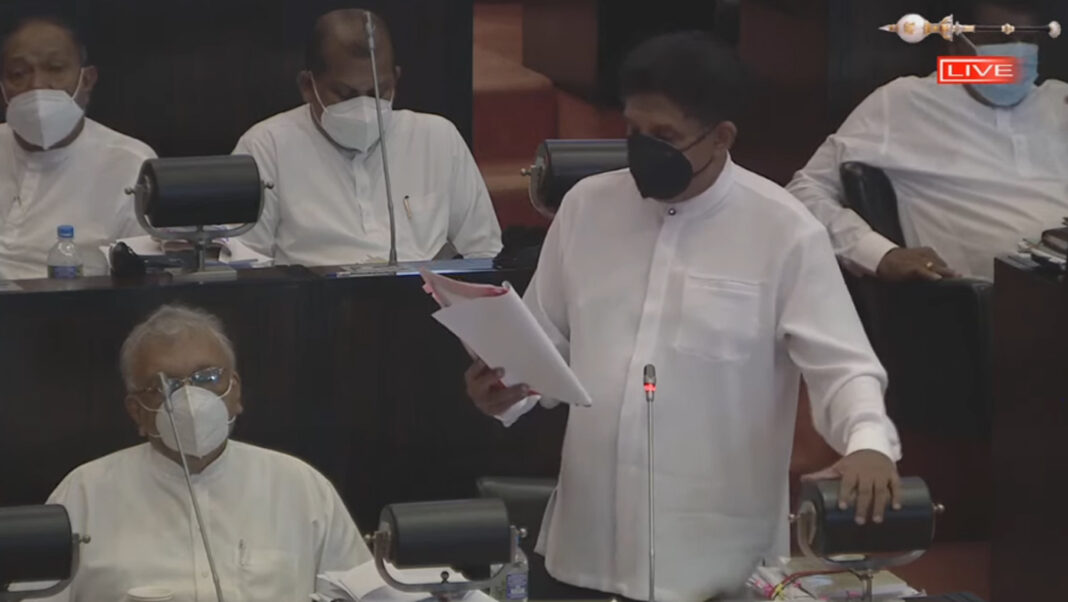 ECONOMYNEXT – Sri Lanka’s main opposition the Samagi Jana Balawegaya (SJB) has called for the immediate release of actress and protest leader Damitha Abeyaratne who is in remand custody for forcibly entering the presidential secretariat.

Premadasa told parliament on Thursday September 08 that he visited Abeyartne at the Fort Police station where she is being held after she was arrested the previous day. Police said Abeyaratne had entered the presidential secretariat illegally on July 10, after protestors had stormed the building a day earlier, demanding the resignation of then president Gotabaya Rajapaksa.

Speaking in parliament, Premadasa made an open request to Leader of the House Susil Premajayantha to intervene in the matter.

“She hasn’t done anything illegal. She has not caused any damage to private or public property. She has simply exercised her right to protest,” he said.

The opposition leader claimed that the government cannot stand artists and urged the MPs on the opposite benches to put an end to what he called state terrorism, referring to a series of arrests of protest leaders.

“If someone has committed an offence, they must be punished as per the law. And investigations must be assisted. Let’s remember that an MP was killed in that period, and a lot of houses were burnt,” said Rajapaksa.

No one should take issue with a police investigation and the country’s legal system must be allowed to do its job , he said, adding that if Abeyartne hasn’t done anything wrong, she will be released.

The opposition leader need not speak on behalf of a person being investigated fairly, he added.

Premadasa retorted: “What I stand for is not decided by the Rajapaksas.” (Colombo/Sep08/2022)