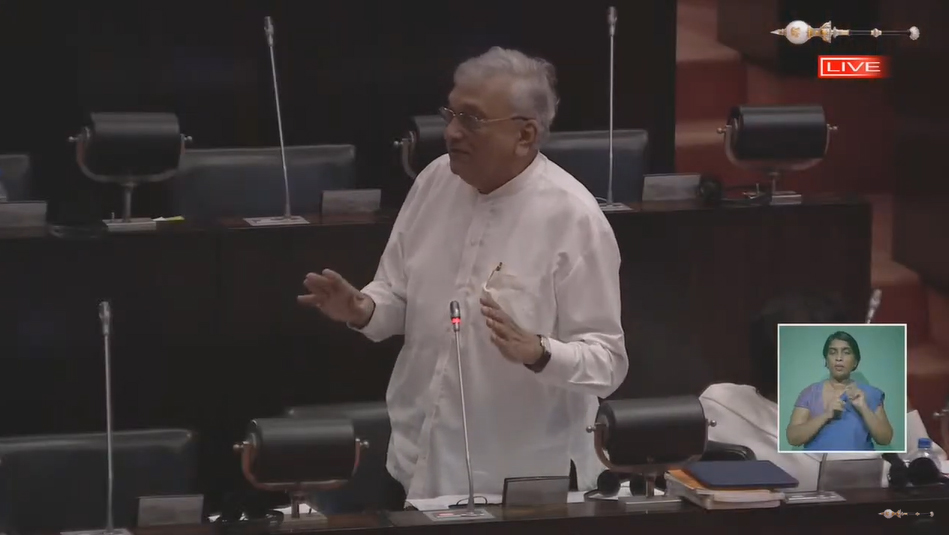 ECONOMYNEXT – Sri Lanka needs judicial review to stop laws which are changed at the last minute in the ‘committee stage’ without debate and may be against the constitution, chief opposition whip Lakshman Kiriella said.

“This is serious shortcoming in the parliamentary system (in Sri Lanka),” Kiriella told speaker Mahinda Abeywardena.

In Sri Lanka a bill can be challenged in the Supreme Court on its constitutionality. However later amendments brought in the committee stage cannot be challenged.

Kiriella’s comments came after Harsha de Silva Chairman of the parliament’s Committee on Public Finance questioned on Monday how an amendment landed on his desk saying property development companies would be exempted from a proposed 2.6 percent cascading tax.

He was later informed that it was a mistake by Finance Ministry officials and another paper should have been printed and distributed.

“The court has no powers to review a bill that is passed in parliament,” Kiriella said. “This is dangerous. We have to change the constitution.

“If as Harsha de Silva says a wrong amendment was brought it was passed… In the future when we amend the constitution we have to bring back judicial review.”

Alleged attempts to subvert the legislative process by slipping through last minute changes without debate has figured several times in the recent past.

De Silva said he was informed that the first amendment was a mistake and the Public Finance Committee. (Colombo/Sept08/2022)