INTERNATIONAL SPORTS ROUND-UP : Alcaraz beats Sinner in a marathon thriller at US Open – The Morning 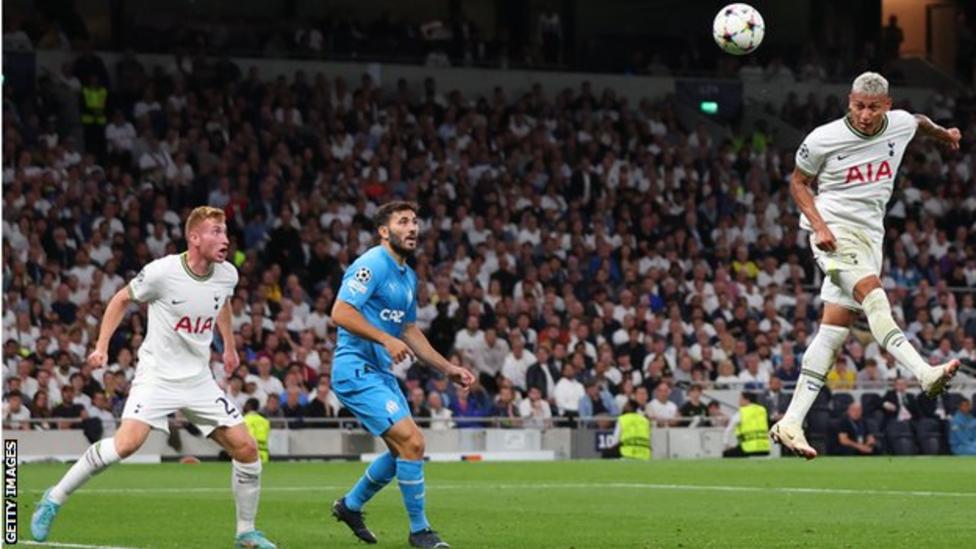 Spanish teenager Carlos Alcaraz reached his first major semifinal after beating Italy’s Jannik Sinner in a US Open thriller which ended at a record latest time of 2.50 a.m. in New York.

“I still don’t know how I did it. The level I played high-quality tennis – it’s unbelievable,” said Alcaraz, who is the youngest man to reach a Grand Slam semifinal since Rafael Nadal at the 2005 French Open.

“I always say you have to believe in yourself all the time. Hope is the last thing you use. I believed in myself, my game.”

A first-time Grand Slam champion is already guaranteed in the men’s singles at Flushing Meadows, with Norway’s Casper Ruud and Russia’s Karen Khachanov contesting the other semifinal.

Alcaraz as well as 23-year-old Ruud also have a shot of becoming the new world number one, as an intriguing tournament nears a conclusion.

The 34-year-old Poland forward demonstrated his value by making it eight goals in five games since leaving Bayern in July.

Lewandowski, who helped Bayern win the competition in 2019-20, marked his first Champions League appearance for Barca with a clinical finish which doubled the lead after Franck Kessie had headed the hosts ahead.

He then made it 3-1 on the stroke of half-time with a header after Ousmane Dembele did well to win back possession before producing a fine cross.

Viktoria Plzen had briefly given their travelling fans from the Czech Republic something to cheer when Jan Sykora headed past Marc-André ter Stegen, but Barca – and Lewandowski – proved far too strong.

Lewandowski completed his hat-trick after 67 minutes following an assist by former Manchester City forward Ferran Torres, who added the fifth.

Liverpool were thrashed by Napoli in their first Champions League “Group A” game on a night to forget in Italy. Jurgen Klopp’s side were 3-0 down at halftime, but it could easily have been more as Alisson saved a penalty, and Virgil van Dijk made a goalline block.

Piotr Zielinski put Napoli ahead from the spot in the fifth minute after Victor Osimhen had hit the post. Andre-Frank Anguissa and Giovanni Simeone extended Napoli’s lead before Zielinski scored again after the break.

Richarlison’s first goals for Tottenham broke Marseille’s stubborn resistance as Antonio Conte’s side made a winning return to the Champions League.

Marseille frustrated Spurs for large parts of this opening “Group D” game even after being reduced to 10 men early in the second half when Chancel Mbemba was sent off for a professional foul on Son Heung-min.

Spurs were struggling to make the breakthrough until Richarlison powered home a header from Ivan Perisic’s cross with 14 minutes left to open his account following his £ 60 million summer move from Everton.

Richarlison added another with an even better header five minutes later, this time meeting Pierre-Emile Hojbjerg’s delivery at the far post to beat Marseille goalkeeper Pau Lopez and seal the points for Spurs.

The Welsh Rugby Union (WRU) has banned transgender women from competing in female-only forms of its games.

The Union has amended its policy on transgender players based on “current medical and scientific evidence” and in line with World Rugby guidance.

It means that contact rugby for female-category players is limited to those whose sex was recorded as female at birth. The move follows similar decisions by the English and Irish unions.

The WRU’s previous policy allowed for participation in the women’s game for transgender women, depending on the outcome of a thorough medical process including testosterone tests prior to registration to play.

Recent research provided evidence that there are physical differences between those whose sex was assigned as male and those as female at birth, and advantages in strength, stamina, and physique brought about by male puberty are significant and retained even after testosterone suppression.

The WRU said it was committed to an ongoing review of the policy as new evidence, research, and insights become available.

The governing body, which said there are currently no registered transgender players in the Welsh women’s game, said it “works hard and proactively on the vitally important area of inclusion throughout the game in Wales”.

In July, the Rugby Football Union (RFU) banned transgender women from competing in female-only forms of its games.