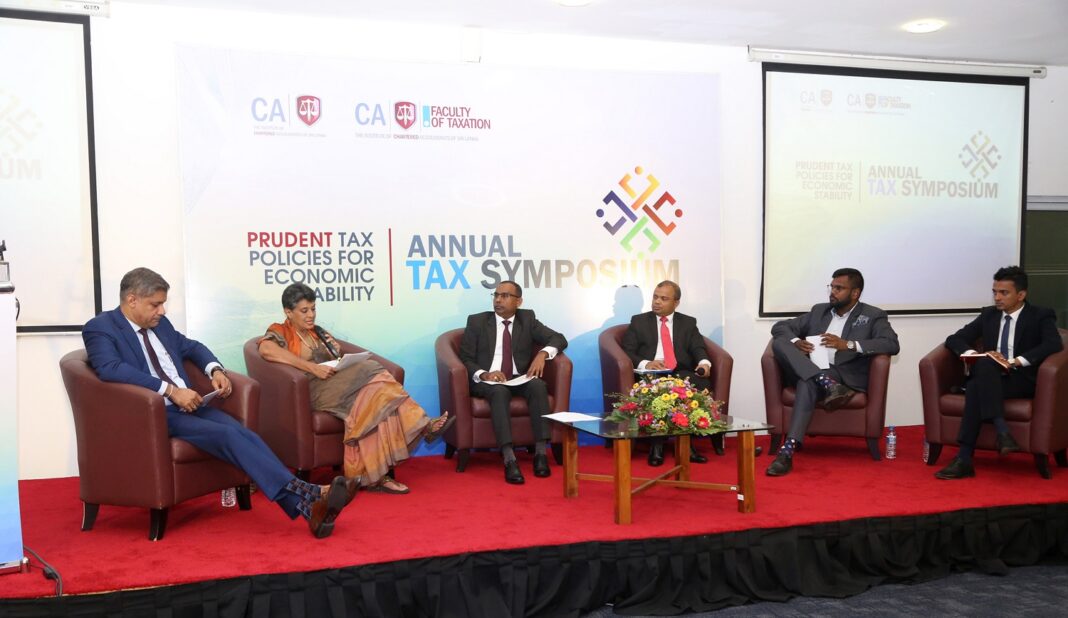 The joint event was attended by chartered accountants including corporate leaders, as well as tax professionals, and senior officers of Inland Revenue. The felicitation of a new Commissioner General of Inland Revenue is a customary practice of CA Sri Lanka in its standing as the national body of accountants, as it works closely with the Inland Revenue in its efforts to strengthen and enhance the taxation structure of the country.

The tax symposium concluded following two days of technical sessions where matters pertaining to macroeconomics, budget proposals, tax trends, and the way forward was deliberated in an effort to help bring stability to the ongoing crisis. The ultimate aim of the symposium was to provide a common forum for both policymakers and taxpayers to deliberate and make suggestions on how the policy framework in the country should be tailored with the best interests of all stakeholders taken into consideration.

The first session focused on “Macroeconomics – The Context” where the historical context of Sri Lanka’s current economic position was briefly outlined, thereby laying the groundwork for a fruitful discussion on tax policies that will be better suited to fulfilling the Government’s goals. The second session on “Budget Proposals 2022 – Implementation” deliberated on how effectively the budget proposals have been implemented with a specific focus on how well these policies have been aligned with the Government’s economic objectives.

The third session on “Recent Tax Trends – The Local and the Global View” paid attention to the recent trends in the local and international tax arenas. The symposium concluded following the fourth session on “Chambers Discussion Forum – Way Forward 2023 and Beyond” where representatives from leading business associations and chambers came together to share their views and opinions on the present tax regime in the country and the changes that they would like to see in the tax policies in the future.