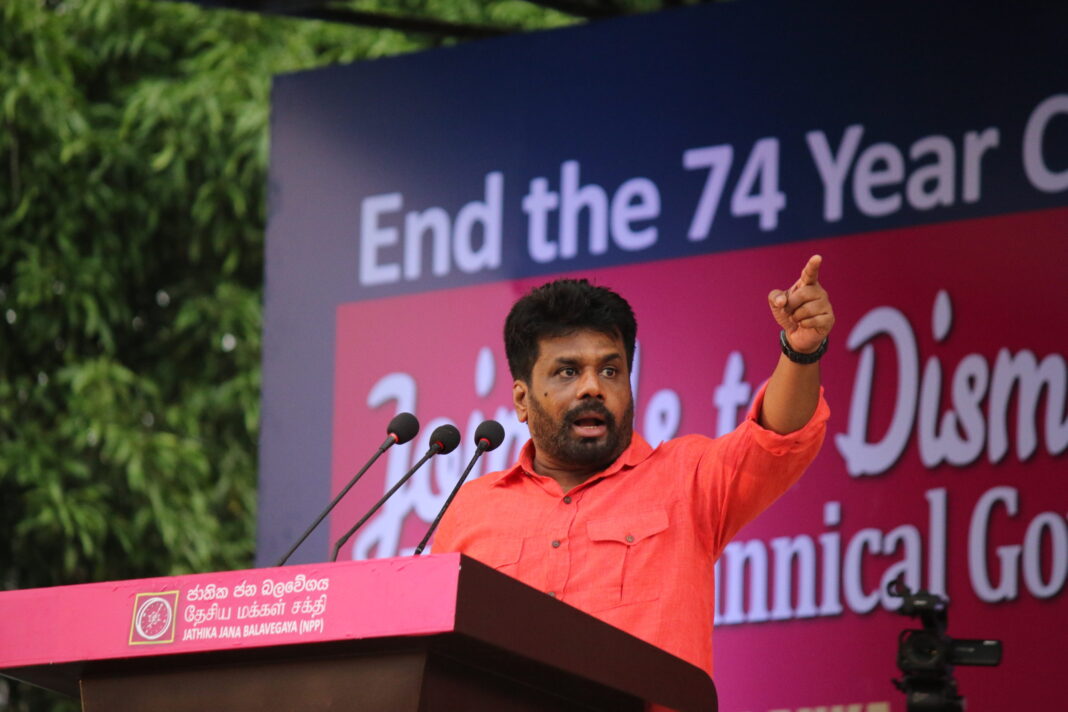 ECONOMYNEXT – Sri Lanka opposition National People’s Power (NPP) MP Anura Kumara Dissanayake said his party will support a short term economic recovery plan by the government before going for an election, if the government refuses to resign and give power to the NPP.

Responding to Prime Minister Ranil Wickremesinghe’s speech in parliament on Tuesday July 05 morning, Dissanayake said the NPP never intended to solve the economic crisis in the country within six months as claimed by Wickremasinghe.

“What I said was, we will provide immediate solutions to the current fuel, gas and medicine issues in the country within the next six months. After that we can go for an election. The reason we should go for an election is, to overcome this issue, it is not only a stable government that we need, but also a stable and trusted government,” said Dissanayake.

“If you won’t let us form our own government, we said, we will support a short term plan within a specific time period.”

Replying to Dissanayaka’s remarks on the speech, Prime Minister Wickremesinghe said the government is ready to take any suggestions from the NPP or any capable parry to overcome what has become Sri Lanka’s worst economic crisis since independence.

Both parties came to an agreement to discuss a short term plan, forming an all party committee as per a proposal made by Minister of Justice Wijedasa Rajapakshe.

“Now with the speeches of the PM, ministers and all other MPs, one thing is clear and that is the need to find an immediate solution ti the current situation,” said Rajapakshe.

“So we can get their ideas to initiate the best solution. We can come to an agreement that within a specific time period we will follow this decision and after that we will go for an election,” he said.

Responding to Rajapakshe’s proposal, the NPP leader said they will support a programme with a specific time period.

Saying No to Authoritarian Governance