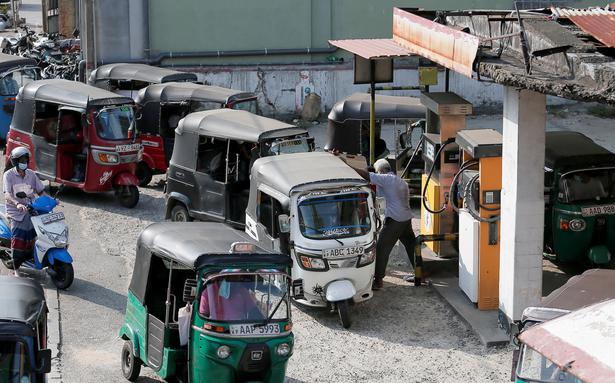 ECONOMYNEXT – A fight that broke out in a fuel station in Wellawaya, Sri Lanka, resulted in four people sustaining injuries, police said.

The scuffle had taken place Friday June 24 night after a man with a grass cutting machine had threatened people and tried to jump the queue.

The man had then attacked with a knife before fleeing the scene.

Police are still unable to locate the suspect, the police media division said.

It is unclear what the suspect was planning to do at the queue.

The four injured persons are currently recuperating at the Wellawaya Hospital.

Sri Lanka’s fuel queues are growing, lengthened by hoarding and fears over scarcity as the country sinks deeper into a worsening forex crisis.

Saturday June 25 afternoon, Power and Energy Minister announced that a promised shipment of petrol, diesel and crude oil has been indefinitely delayed, with existing stocks to be prioritised for public transport, power generation and industries.

He requested that motorists do not queue up for fuel.

In March, a man lost his life after being stabbed while leaving a queue.

There have been an estimated twelve deaths in fuel queues so far due to either exhaustion, a physical ailment or accident. (Colombo/Jun25/2022)