Hamilton an opportunistic speculator or an aggrieved creditor? – The Morning 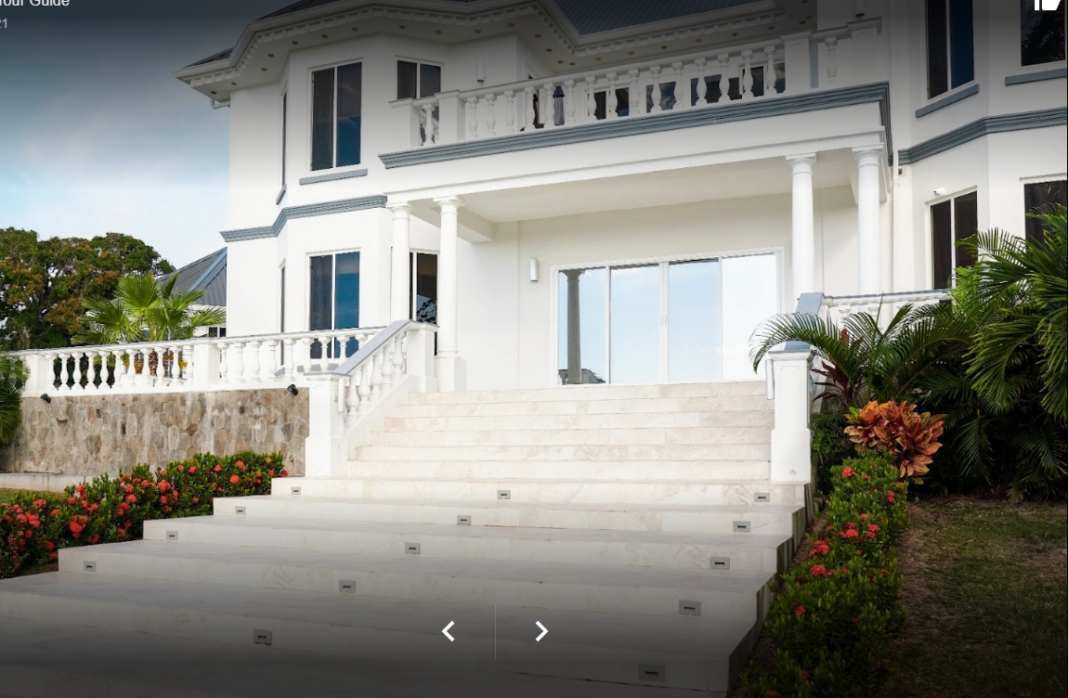 On 12 April 2022, Sri Lanka admitted defeat in its fight to maintain its unblemished record of foreign debt serving since independence. With that admission, the Ministry of Finance and Central Bank of Sri Lanka (CBSL) made a declaration that Sri Lanka would be temporarily suspending all foreign debt service pending a consensual and orderly debt restructuring.

Following this, Sri Lanka commenced talks with the International Monetary Fund (IMF) and in parallel commenced the recruitment process for securing the services of legal and financial advisors for its debt restructuring process. This recruitment process was delayed due to the crisis in the country, following the recent announcement of the appointment of Clifford Chance LLP as the legal advisor and Lazard Brothers Bank Ltd. as its financial advisor.

It appeared that finally Sri Lanka could commence its debt restructuring talks with its creditors and start the road to recovery. However, on Wednesday (22) reports emerged that a creditor had commenced litigation against Sri Lanka on the ground of breach of contract due to Sri Lanka’s default on its International Sovereign Bonds (ISBs) due on 25 July 2022, which will complicate the debt restructuring talks going forward.

The creditor Hamilton Reserve Bank (HRB) claims to hold bonds with a principal amount of $ 250,190,000 in the ISB of $ 1 billion with a rate of 5.875%, due on 25 July 2022, which amounts to more than 25% of the aggregate principal amount of the particular bond series and is seeking full payment of the principal and interest owed to it by Sri Lanka, amounting to $ 257.5 million.

According to Hamilton Reserve Bank, Sri Lanka’s 12 April decision to temporarily halt foreign debt servicing and Sri Lanka’s failure to make interest payments due on 18 April 2022 on its 5.75% ISB due 18 April 2023 and the 6.75% ISB due on 18 April 2028 amounted to a continuing and uncured ‘Events of Default,’ entitling it as the holder of not less than 25.0% in aggregate principal amount of the 25 July ISBs in terms of Article 5.1 of the indenture to declare that the full principal amount and accrued interest on the particular bond series was immediately due and payable.

When a country is about to default or has defaulted on its sovereign debt, certain entities are known to view such situations as a speculative opportunity and will buy the ISBs of the affected countries for pennies on the dollar and then subsequently holdout on the restructuring process and litigate seeking a complete or near complete pay-off.

Speaking to The Sunday Morning Business, Advocata Institute Chairperson and JB Securities CEO Murtaza Jafferjee stated that in his opinion, this move by Hamilton Reserve Bank appeared to be an opportunistic one by the creditor, to secure a sizeable pay-off by turning to litigation. He said that it made no sense for any investor to maintain such a large position in a single Sri Lankan ISB considering our current economic stresses.

Explaining further, he stated: “The important question here is whether its holding of ISBs is a legacy position or whether it is a speculative position taken recently. If it’s a legacy position, then its grievances are understandable, but considering this is a 10-year bond with an interest rate of 5.875%, it has likely recouped a sizeable portion of its investment. However, if it has purchased the bonds recently from the secondary market, then it does not deserve sympathy because it was speculating.”

He further stated that not even the Sri Lankan Government was aware of the identity of the holders of its ISBs and that only HSBC Bank USA as the trustee was privy to this information and it would not reveal the holders of the ISB under any circumstance. Therefore, he stated that it was impossible to identify whether the Hamilton Reserve Bank established its position in the 25 July ISB recently from the secondary market or from the primary market when the ISBs were issued.

There is no evidence to identify when Hamilton Reserve Bank established its position in the 25 July 2022 ISB. However, following the circulation of a tweet by the Hamilton Reserve Bank dated 20 January 2022, where it had expressed that it “fully supported” former Governor of the Central Bank Ajith Nivard Cabraal, Sri Lankan social media rumour mills have been in overdrive, speculating over the identity of the true owners of the funds and whether Hamilton Reserve Bank had established its position in early 2022. Such rumours are reminiscent of the talks that circulated in the aftermath of Sri Lanka’s payment of its $ 500 million ISBs due in January 2022.

Jafferjee pointed out that considering the timing and nature of the tweet by Hamilton Reserve Bank, it raised a question as to whether Hamilton Reserve Bank had established its position recently. He further questioned why it would establish such a significant position at the time when default seemed likely as most Sri Lankan ISBs were trading at 60-70 cents on the dollar at the time. Therefore, he stated that it also raised a question as to whether the former Governor of the CBSL had in fact provided any assurances or made any deals with them to convince them to take such a position as speculated by the rumour mills.

However, speaking to The Sunday Morning Business, Cabraal emphatically denied any involvement with this whole lawsuit saga. “That is absolute nonsense. When there’s a default, court actions are inevitable. Even when an ordinary person defaults on a loan, the lender or bank will typically file action,” he said.

How does this affect us?

Speaking to The Sunday Morning Business, Economist and former Deputy Governor of the Central Bank Dr. W.A. Wijewardena stated that this lawsuit had been expected as most creditors would logically want to secure the full payment of their bond. However, he pointed out the sheer size of creditor holding positions in the particular bond series made it very difficult for Sri Lanka to buy them back.

He further stated: “If the US Court makes a decision in favour of Hamilton Reserve Bank, negotiations with other creditors will become very difficult for the Sri Lankan Government as they will also require a similar pay-off. If Sri Lanka fails to comply with the order of the US Court, the US Court may order the seizure of any Government-owned assets within their territory, such as an aircraft or a ship.”

A unique feature of sovereign debt is that while it is difficult to enforce, it will last forever and will not be prescribed. This creates an incentive for both the sovereign debtor and the creditors to amicably engage in an orderly debt restructuring process. From the sovereign’s perspective, it will not be able to get a fresh start and obtain access to international markets unless it provides a reasonable debt exchange offer to the creditors. From the creditors’ perspective, they are motivated to accept a reasonable offer due to the uncertainty of enforcement particularly when the litigation prospects and secondary-market values of the defaulted instruments are further eroded by restructuring techniques. But this balance created can be disrupted by certain creditors with time, will, skill, and resources to pursue a country and prevent it from having a fresh start by holding out for a complete or near-complete payout.

However, since the revival of the sovereign bond market in the 1990s, the fundamental tension between the lack of enforcement and the lack of a fresh start has produced a regime where few creditors hold out and even if they do, it’s unlikely that they will disrupt the restructuring process.

However, a dangerous precedent was set following the Argentine sovereign default. Several creditors who held out were able to disrupt the whole debt restructuring process by relying on the pari passu clause in Argentina’s fiscal agency agreement. A pari passu clause is a clause found in sovereign debt instruments guaranteeing equal treatment of all bondholders and that bondholders are in the same ranking as other unsecured creditors.

Accordingly, the Argentine holdouts managed to secure an order that barred Argentina from making any payments in relation to its restructured debt unless it paid the creditors who were holding out proportionately (ratably). Under court orders, if the new bondholders get paid in full under the restructured contracts, holdouts are entitled to full payment under their original contracts.

According to the petition of the Hamilton Reserve Bank, it appears that it is following the precedent set by the Argentine holdouts and claiming that the decision of Sri Lanka to not to restructure the Sri Lankan Development Bonds (SLDBs), amounts to a violation of the equal treatment (pari passu) provision contained in Article 3.1 of the indenture of the July 2022 bond.

Article 3.1 clearly provides that the bonds “will at all times rank pari passu among themselves in all respects, without any preference of one over the other by reason of priority of date of issue or otherwise, and will at all times rank at least equally with all other present and future unsecured and unsubordinated external indebtedness”.

Accordingly, Hamilton Reserve Bank has stated: “Under the equal treatment provision, Sri Lanka cannot pay any bondholders – or pay any other external indebtedness (i.e., debt issued in any currency other than Sri Lanka’s) – without also making a ratable payment at the same time to Plaintiff.”

Furthermore, while the indenture of the July 2022 bond contains collective action clauses (CACs), it follows the older model of CACs and consists of a single series CAC (Article 3.9(e)) instead of the currently more popular single or double limb CACs. A single series CAC is a clause that allows a supermajority of bondholders to agree to a debt restructuring that is legally binding on all holders of that particular bond series, including those who vote against the restructuring. In contrast, single or double limb CACs require consensus across all bond series affected and are binding on all.

Article 3.9 (e) of the Indenture of Sri Lanka’s July 2022 bond requires a 75% majority to make any “modification, amendment, supplement or waiver of the indenture or the terms and conditions of the Securities that constitutes a Reserved Matter”. The term reserve matter covers the due date, principal amount, and interest to be paid, among other things.

The issue with a single series CAC is that creditors can and do target small series trading at a deep discount, where they can buy a blocking position with relative ease, hold out, and threaten to sue. The same appears to have occurred in the case of the July 2022 bonds, since Hamilton Reserve Bank appears to possess more than 25% of the aggregate principal amount of the particular bond series, thereby preventing the remaining bondholders from restructuring the bond without their consent.

Should we restructure SLDBs?

Therefore, according to Hamilton Reserve Bank, if Sri Lanka goes ahead with the payments due on its SLDBs, a rateable payment must be made to it as well and that failure to do so will amount to a violation of the equal treatment (pari passu) provision.

According to Jafferjee, the demand made by Hamilton Reserve Bank for Sri Lanka to include its SLDBs in the restructuring process is reasonable and the SLDBs will be most likely included in the process eventually.

Explaining further, he stated: “SLDBs are technically claiming from the same pool of foreign exchange as the ISBs. Therefore, it would be unfair to not include them in the restructuring process.”

However, an opposing view was taken by Dr. Wijewardena, who stated: “While ISBs are issued under the New York law, the SLDBs have been issued under the Sri Lankan law. Therefore, they are two separate instruments which cannot be compared with each other.”