Sri Lanka constitutional reforms won’t be in effect till next parliament: opposition leader 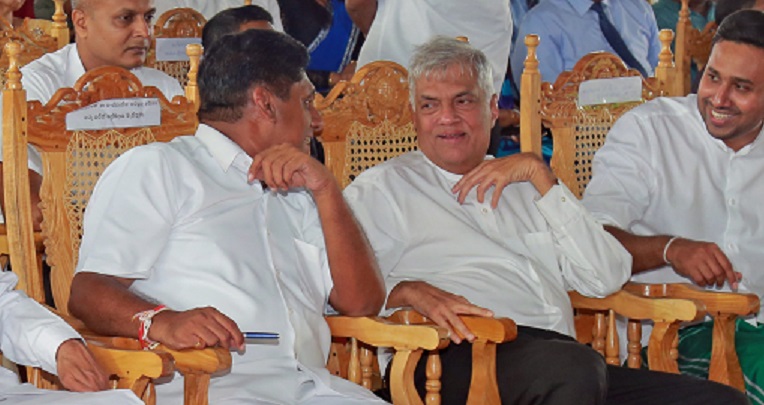 ECONOMYNEXT – The 21st amendment proposed to Sri Lanka’s constitution, if passed, will come into effect only after the current and ninth parliament and thus the president’s executive powers and the status quo will stay in tact till then, opposition leader Sajth Premadasa said.

Responding to an allegation by Prime Minister Ranil Wickremesinghe that an opposition boycott of parliament was delaying the 21st amendment, Premadasa tweeted Thursday June 23 that the proposed amendment will be of “no consequence to our current situation” regardless.

To add to your update @RW_UNP, the 21st Amendment you are referring to comes into effect after the 9th Parliament which means current President’s power is not curtailed in anyway and is of no consequence to our current situation. #SJB is not causing any delay.

Addressing parliament on Wednesday June 22, Wickremesinghe said the amendment had already been approved by the cabinet of ministers and it was unfortunate that opposition parties had chosen this week to boycott parliament.

The Premadasa-led main opposition the Samagi Jana Balavegaya (SJB) and the opposition National People’s Power (NPP) walked out of the chamber Tuesday June 21 morning in protest of what they said was the government’s inability to present to parliament a viable plan to bring Sri Lanka out of its deepening economic crisis.

Prime Minister Wickremesinghe said boycotting parliament at a time of crisis was not befitting a responsible opposition. If the two opposition parties have alternative solutions they wish to propose, they ought to attend parliament and do that so that their proposals can be debated, he said.

Responding to Wickremesinghe’s criticism, Premadasa said: “Also for an entire year of the Rajapaksa’s rule you did not assume office, which means you never tried curtailing the Rajapaksa’s centralized powers in the past and therefore there is no faith that you will do it now.”

In an address to parliament on Wednesday, the prime minister invited the opposition to come forward with any alternatives they might have, rather than “hiding” when their assistance was required.