‘PEOPLE HAVE TO STOP’  – The Morning 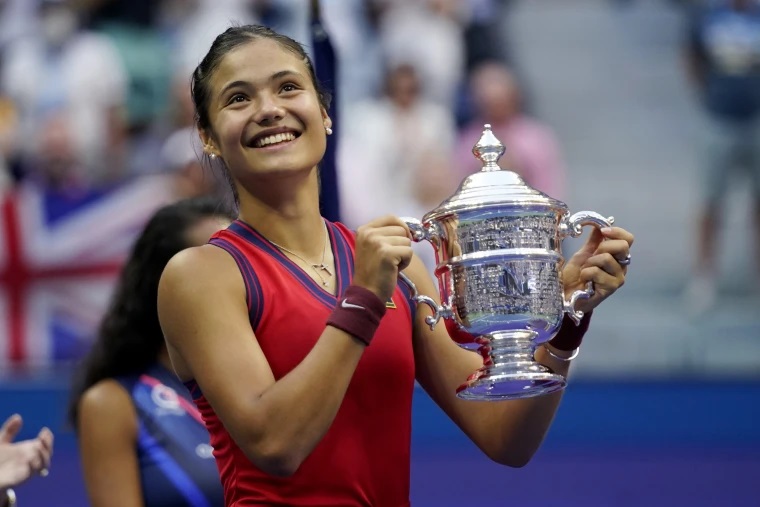 Emma Raducanu, who is currently recovering from a side strain she picked up last week at the Nottingham Open as she continues her preparations for Wimbledon, has had to endure a great amount of pressure and expectation since her extraordinary triumph at the US Open last year. Paula Badosa is keen to ensure that her fellow player is left alone to continue her career with lighter burdens.

World No. 4 Paula Badosa has urged everyone to ease the pressure on British tennis star Emma Raducanu as she prepares for the expectations on her at Wimbledon.

The British women’s No. 1 is battling for fitness ahead of the start of the All-England Club Championships on 27 June, having played just 33 minutes of grass-court tennis after an injury forced her to withdraw from the Nottingham Open.

Raducanu struggling at the big stage

Raducanu has not progressed beyond the second round at a Grand Slam so far this year amid a number of injury problems, but she is determined to make a strong run at SW19 in front of the British fans.

Speaking at the Eastbourne International, Badosa has discussed the pressure on the Brit’s shoulders and urged fans and the media to not over-burden her at this early stage in her career.

“I mean her situation is very tough and she already did amazing things in this sport at a very young age,” Badosa said in her latest press conference.

“I think most of the people are tough on her, but on the other side, maybe I can understand because (the) press is (the) press. Still, it puts so much pressure on her and she is a teenager still with so much to learn.”

‘She did play very, very well at one Grand Slam’

Padosa added: “She needs time and I think she needs more experience on tour and she will get it, but I think people have to stop putting all this pressure on her and expectations.

“What she did is play very, very well at one Grand Slam and she won it, so you can see how good she is but you cannot expect her to win every match and tournament because that is impossible. She needs time and she will get it because she has a lot of talent.”

Last week, in an impassioned plea to the media, Murray urged onlookers to “just let her (Raducanu) be who she is”.

“We will make mistakes and say the wrong thing at times but just maybe don’t judge us too harshly when we do that, and I’m sure that would help Emma a little bit,” he said.

“Just let her be who she is, and you know, she might say some things that are a joke or that she maybe doesn’t mean or whatever. I think there needs to be a level of trust and respect between the player and the media.

“I also had problems early in my career where maybe certain things that I said got taken out of context, or jokes that I might have made turned into big stories and big headlines where it turned things a bit sour and negative.”