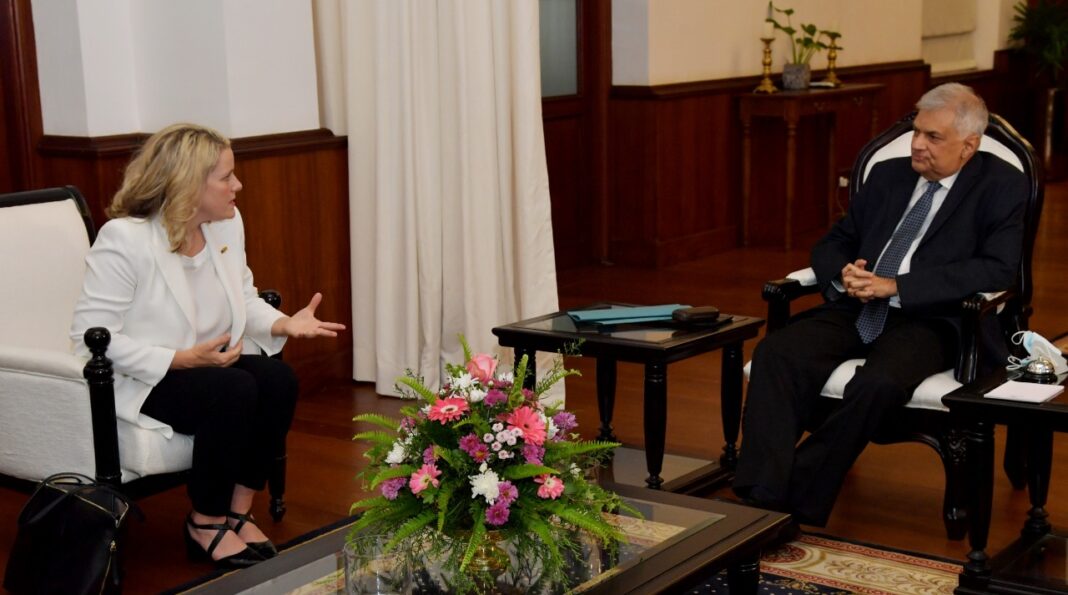 At the meeting held Monday afternoon, O’Neil had offered Australia’s assistance in developing the Department of Customs, a statement from the Prime Minister’s office said on Monday June 20.

Earlier Monday, Australia said it will provide 50 million US dollars in official aid for Sri Lanka which is reeling from the worst currency crisis in its 72-year-old history of intermediate regime central bank.

“We will contribute an immediate $22 million to the World Food Programme for emergency food assistance to help three million people in Sri Lanka meet their daily nutritional needs,” Minister for Foreign Affairs Penny Wong said in a statement.

“Australia will also provide $23 million in development assistance to Sri Lanka in 2022-23.”

“The Prime Minister explained that Sri Lanka was focussed on developing an export oriented economy which would be opened up to investments from overseas,” the statement said.

Minister O’Neil, meanwhile, had said that the Australian government was interested in promoting Australian investments in Sri Lanka, while also continuing to drive up Australian tourism to the island nation.

Sri Lanka has seen a spike in attempts to flee the country by boat, as its economic crisis worsens.

Helping migrants leave, now called human-smuggling has become a booming business once again as many Sri Lankans want to leave the country due to a gloomy economic and political outlook, political analysts say.

Police sources said most of the desperate migrants Sri Lankan migrants are aiming to make it to Australia.

The Prime Minister stated that the Sri Lankan Government and its security forces remained committed to ensuring a halt to human smuggling, the statement said. (Colombo/Jun20/2022)