Don’t throw the baby out with the bathwater – The Morning 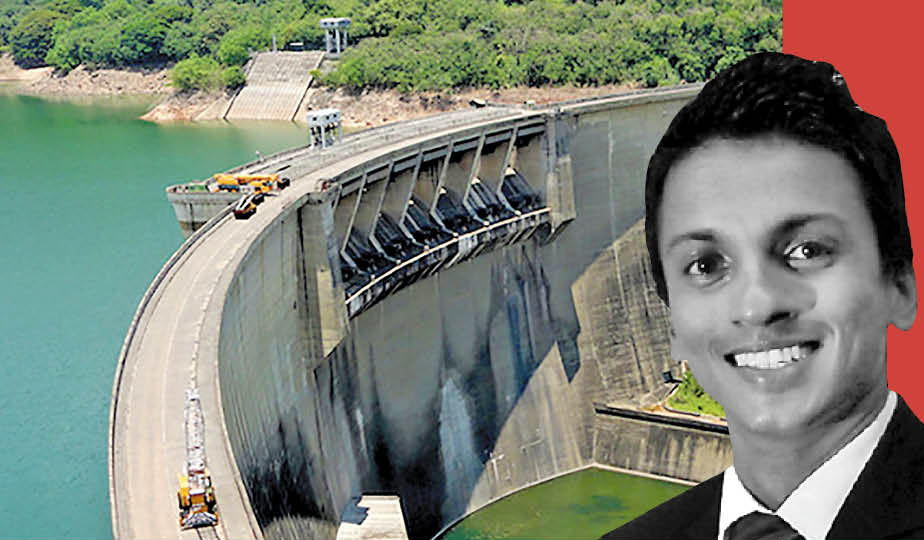 While Sri Lankans have learned to accommodate daily blackouts by now, Sri Lanka’s power generation, or rather the lack thereof, has made headlines again. Minister of Power and Energy Kanchana Wijesekera’s amendments to the Electricity Act and trade union actions have created quite the chaos.

Sri Lanka’s power generation has always been political capital for politicians. During the Yahapalana Government, then President Maithripala Sirisena said he wouldn’t join the Cabinet until the Public Utilities Commission of Sri Lanka (PUCSL) and Ceylon Electricity Board (CEB) came to some resolution (1). The same administration saw CEB officials vehemently organising ‘bodhi poojas’ for the rain gods to avoid the horrors of extended power cuts. Recently, the CEB Chairman followed suit, stating: “When God gives rain and the Ceylon Petroleum Corporation (CPC) gives fuel, the CEB can provide electricity”(2).

In this context, the new Power and Energy Minister plans to amend the Electricity Act. The CEB Engineers’ Union has declared public resistance. The CEB enjoys a monopoly in transmission and maintenance of the grid and a greater control on power generation development and distribution. Therefore, as a trade union it has very high influence. This makes energy sector reforms very complicated. Achieving consensus between stakeholders is next to impossible. Given this monopoly and profit-making ability, reforms have taken a backseat. In this climate, the willingness of the Power and Energy Minister to prioritise reforms is commendable.

A major reason for the delay of solar energy projects is the unavailability of land; 82% of Sri Lanka’s land is owned by the Government. Therefore, finding land for projects has become very difficult. The Government must prioritise clearing land for private investments. This applies to businesses across the board.

Secondly, making the policy and regulatory environment conducive to unsolicited proposals may not benefit the Government. This is because the current economic conditions are such that we do not have dollars to import material needed for renewable energy projects. Further, the cost of finance is also significantly high as our interest rates have skyrocketed. Without foreign exchange and high capital cost for any investor, development of renewable energy projects will take a backseat. Ultimately we will end up abolishing a competitive system with further delays and corruption.

The controversial wind power plants in Mannar should also be under the competitive bidding process. Failing this, Sri Lanka will not be able to reach market rates and will probably have to sell our energy generation for less than the market rate.

The solution is the unbundling of power generation, development, and distribution. Presently, whoever generates power has to contribute to the CEB grid. They have a monopoly in generation and development. Unbundling will divide these three segments and open some of it to the private sector. This will give people the choice to switch between any service provider based on the quality and reliability of the supply. Completely removing the competitive bidding process, without unbundling, will bring a double whammy on the cost. The prices of renewable energy will increase, while the CEB will continue to control the system through the grid. Thereby the Power and Energy Minister’s good intention to reform the energy sector may end up leading to a more negative condition with unintended consequences.

The Minister’s suggestion to connect the grid with India through a HVDC (High Voltage DC) cable is a sensible decision. One of the main challenges and restrictions for the expansion of renewable energy are demand and supply. Lack of management and access to a larger grid to sell and buy surplus or deficit of power too is an impediment. Connecting the Sri Lankan grid with India creates opportunities to overcome this issue. However, energy security precautions will have to be taken.

The suggestion of connecting the power grids of India and Sri Lanka was also made by Prof. Rohan Samarajiva in a report compiled under the chairmanship of former Governor of the Central Bank Dr. Indrajit Coomaraswamy, which was handed over to the President.

If Sri Lanka is to overcome the current energy crisis, reforms in the sector through unbundling and competitive bidding are necessary. Let’s be hopeful that our young Minister can make this crisis an opportunity to implement necessary reforms.

(The writer is the Chief Operating Officer of Advocata Institute. He can be contacted via dhananath@advocata.org. The opinions expressed are the author’s own views. They may not necessarily reflect the views of the Advocata Institute or anyone affiliated with the institute)