Economic crisis leaves students with no options – The Morning 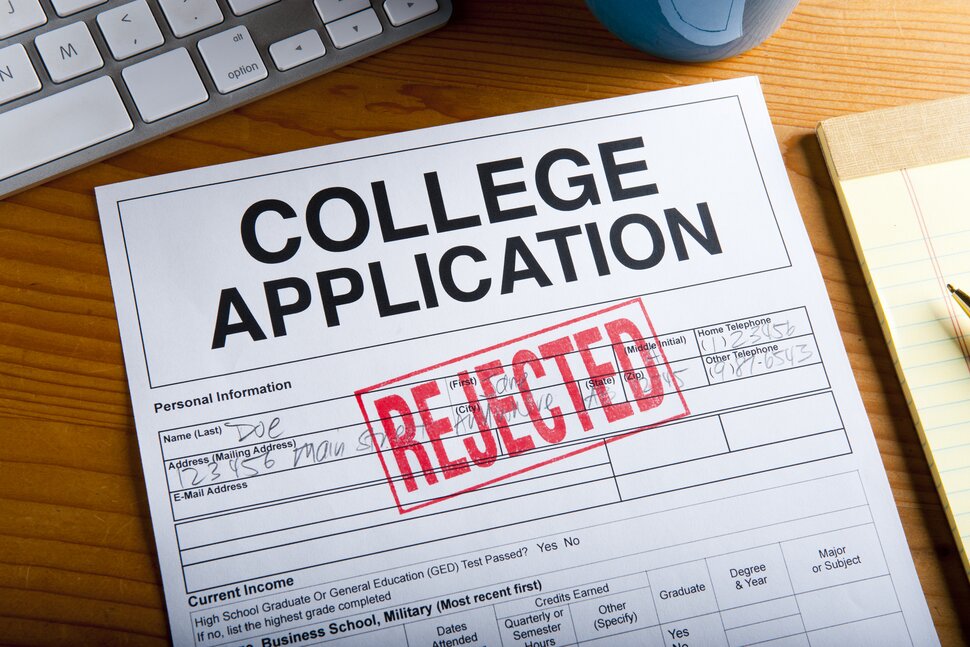 On average, over 300,000 students have completed their Advanced Level (A/Level) Examinations each year in Sri Lanka. However, only around 10% of them will be accepted into the local university system. According to statistics published by the University Grants Commission (UGC) for the academic year 2019/2020, 181,206 students qualified for admission by attaining the minimum requirements for admission to universities at the GCE A/Level Examination. Despite the decision by the UGC to increase the number of students admitted by 10,000 for that year, the total number of students admitted to the local university system was only 41,641. This represents merely 23% of the total number of students who qualified to be admitted for the 2019/2020 academic year.

Therefore, when considering the statistics, it is clear that every year over 250,000 students are left behind by the State university system, and such students are forced to look elsewhere for their higher educational purposes. Some of the aforementioned students will be catered to by the increasing number of local private-affiliated universities, while others will travel abroad for higher educational opportunities.

However, recent developments have revealed that international students have become victims of the ongoing Sri Lankan economic crisis. Several students shared with The Sunday Morning Business how their hopes of travelling abroad for higher education had been shattered due to the prevailing economic crisis.

Among the obstacles faced by potential international students include difficulty in obtaining student visas, as most foreign countries have increased their scrutiny of all applicants over fears that Sri Lankans will overstay their visa period due to the political, social, and economic instability in the country. Furthermore, the Sri Lankan Rupee having plummeted by over 70% has further complicated the visa application process, as students are required to show their bank balance in Sri Lankan Rupees as evidence of sufficient funds to cover tuition, travel, and living costs.

Furthermore, many foreign universities have expressed a reluctance to enrol new Sri Lankan students due to difficulties they have faced in receiving tuition fees from the existing Sri Lankan students as a result of the foreign exchange crisis, despite repeated assurances by the Central Bank of Sri Lanka (CBSL) and the Government that Licensed Commercial Banks (LCBs) had been advised to make the necessary foreign exchange available for student payments. In practice, however, such payments have been subject to significant delays since mid 2021 as the foreign exchange liquidity crisis in the country intensified.

One student revealed to The Sunday Morning Business that his tuition payment was delayed by the bank for over two months due to the lack of foreign exchange, and that his subsequent exchange rate loss was over Rs. 2 million with the collapse of the exchange rate. Similar delays in tuition payments were reported by many international students.

Sri Lanka’s foreign exchange liquidity crisis initially emerged as a result of the loss of tourism revenue as a consequence of the collapse of the tourism industry in the face of the Covid-19 pandemic-related restrictions. However, this forex liquidity crisis was severely exacerbated by the ill-advised policies of the former Governor of the CBSL Ajith Nivard Cabraal to fix the exchange rate at Rs. 200-203 for over six months and to impose a mandatory surrender requirement on all LCBs. As a consequence of this decision to fix the exchange rate, foreign workers moved away from formal banking channels to the undial system which was offering them a significant premium over the official exchange rate in order to remit money to Sri Lanka. Accordingly, foreign worker remittances fell by over 61.6% Year-on-Year (YoY) in 2021 to $ 5.5 billion from $ 7.1 billion in 2020, and this trend continued in 2022 as foreign worker remittances fell by 58.1% YoY during the period of January to March 2022 to $ 798 million compared to the equivalent period in 2021 as per CBSL statistics.

Furthermore, the mandatory surrender rule imposed on LCBs required them to sell a share of remittances and export proceeds converted by them every week to the CBSL. This share to be surrendered gradually increased over time and reached a high of 50% on 25 March 2022. This decision by the CBSL further aggravated the foreign exchange shortage in the domestic banking system as the CBSL was continuously sweeping away a significant portion of the foreign exchange received by the banking system in order to meet the Government’s foreign debt payments.

With the increasing severity of the country’s foreign exchange liquidity crisis, tuition payments for international students were greatly affected as banks prioritised the funding of essential imports.

Speaking to The Sunday Morning Business, University of Colombo Department of Economics Senior Professor Sirimal Abeyratne stated that this development was not surprising and pointed out that this reaction from foreign universities was expected in a crisis such as this. He further admitted that this development could have both a short-term and long-term impact on Sri Lanka’s academic field.

He further stated that this situation should be expected in an economic crisis, pointing out that Sri Lanka was still in the early stages of its economic crisis and that the worst was yet to come. According to him, the blame for these issues fell squarely on the shoulders of the policymakers and politicians who refused to listen to the advice of economists for the past decade regarding the status of the economy. He also lamented that despite the obvious collapse of the economy over the past two years, the Government still had not introduced a viable economic programme to address the underlying issues.

Similar sentiments were expressed by University of Colombo Department of Economics Senior Lecturer Dr. Shanuka Senarath, who stated that he had also heard that certain foreign universities were hesitant to enrol Sri Lankan students.

Dr. Senarath pointed out that the present economic crisis in the country was limiting the choices available to people and that this development with regard to international students was also a consequence of the present crisis.

“In our higher education system, there are only a limited number of State universities and private universities. Only a small fraction of students who qualify to be admitted to local universities will actually be selected to State universities and some will enter private universities. The rest of the students will consider going abroad to study. For some students, their reason for travelling abroad isn’t the lack of educational opportunities available locally. Instead, their motivation is the current situation in the country. Many undergraduates studying medicine, politics, and economics travel abroad to study, with the intention of settling there due to the current situation. We cannot blame them,” Dr. Senarath stated.

He pointed out that this recent development could have a negative impact on the field of academics in the country as it could lead to a tendency for academics to complete their Masters and Doctorates locally. “While that is theoretically fine, the problem is the lack of exposure. Why do academics go to foreign countries for academics and other purposes? It is to get foreign exposure. You can always stay in Sri Lanka, do your Masters and PhD and participate in conferences in Sri Lanka, but you will never get foreign exposure. This could have a long-lasting negative impact on the entire education system of the country,” he asserted.