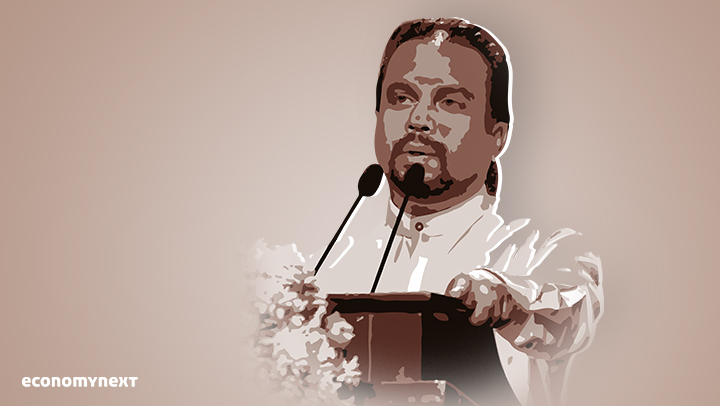 Weerawansa was also fined 100,000 rupees by the Colombo Magistrate’s Court, and failure to pay the fine will result in additional six months in prison, NewsFirst reported Friday afternoon.

The former minister’s wife was accused of submitting forged documents to apply for two passports including a diplomatic passport. She was previously arrested in February 2015 but was released on bail.

Ex-Industries Minister Weerawansa, a key ally of former Prime Minister Mahinda Rajapaksa, was sacked by President Gotabaya Rajapaksa in March 2022, after which he, together with his colleague and former Energy Minister Udaya Gammanpila, formed an unofficial alliance of 10 independent groups in parliament opposed to Rajapaksa.

Weerawansa is known to be a firebrand speaker whose oratory and nationalist rhetoric drew swathes of support to both Rajapaksas over the years.

He once served as propaganda secretary of the opposition Janatha Vimukthi Peramuna, which he quit under controversial circumstances to form the National Freedom Front (NFF) which he now leads. (Colombo/May27/2022)