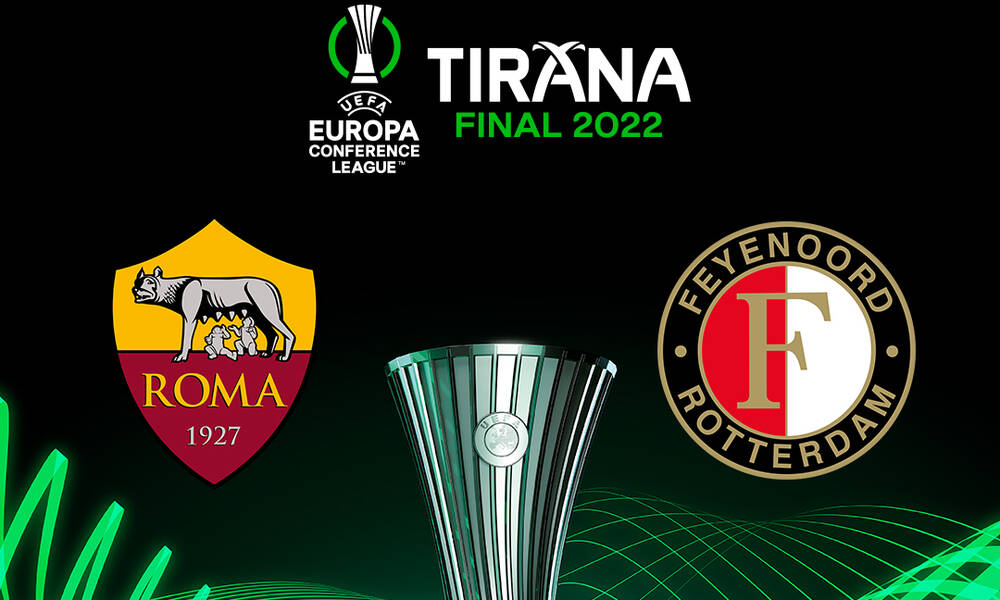 Two of Europe’s most passionate fan bases, that of Italian club Roma and Dutch club Feyenoord, will descend on Tirana for the Conference League final today (25).

Starved of success in recent years, both teams travelled to the Arena Kombetare knowing they will be backed to the hilt at the climax of a successful inaugural season for Union of European Football Associations’ (UEFA) new tournament.

Roma were last in a continental final 31 years ago – losing the UEFA Cup to Inter Milan – and their fans haven’t seen their team win a trophy since 2008.

A huge number of supporters are trying to find ways to travel the relatively short distance to Albania from Rome, as fans desperately seek tickets for the match and ways of getting across the Adriatic.

The prospect of a European trophy after reaching the semi-finals of both the Europa League and the Champions League in recent seasons has created a wave of enthusiasm among Roma fans.

They have offered unconditional backing to Jose Mourinho, whose reputation in Italy was such that he has been given leeway which other managers have not had from notoriously volatile supporters.

Seen as yesterday’s man elsewhere, particularly in England, Mourinho has created a strong team spirit and got the best out of his key summer signing of Tammy Abraham.

When is ‘enough is enough’?

“You’re finished when you no longer have passion for the game,” Mourinho told reporters before Roma’s win at Torino last Friday (20), which ensured them Europa League football next season.

“It’s up to us coaches to decide when enough is enough and you’ve got to wait a lot longer for that to happen to me.”

Abraham has been the star of the show for Roma this season, repaying his 40 million euro (Rs. 15.4 billion) transfer fee from Chelsea by scoring 27 goals in all competitions, nine of which have come in the Conference League.

The 24-year-old has settled extremely well in Rome, not always the easiest of environments for players, and has the knack of scoring goals which either decide matches or tips the balance in favour of his team.

“For me, it’s not a little cup,” Abraham had told AFP last week.

“I believe every final is a final – no matter what competition it is. You get to the final, you want to win the final.”

Feyenoord have a much fuller trophy cabinet but the vast majority of their successes came in the last millennium. The 1970 European champions also won two of the old UEFA Cups but it has been slim pickings in the two decades since their last European success.

They have never made it past the group stages of the Champions League and have not gone further than the last 32 since groups were introduced to the UEFA Cup in 2004 ahead of the remodelled Europa League five years later.

Arne Slot has led Feyenoord to third, 11 points behind champions Ajax but an improvement on the previous season’s fifth place, and has got the fans on their side with a continental cup on offer.

“His CV makes you wary of his team. He is known for winning many finals,” Slot said of Mourinho to UEFA.

“But we mainly have to focus on his team, the tactics, and the different ways they play.

“We shouldn’t pay too much attention to the fact that he has such an impressive track record in finals.”