Why so much opposition towards ‘leasing’?  – The Morning 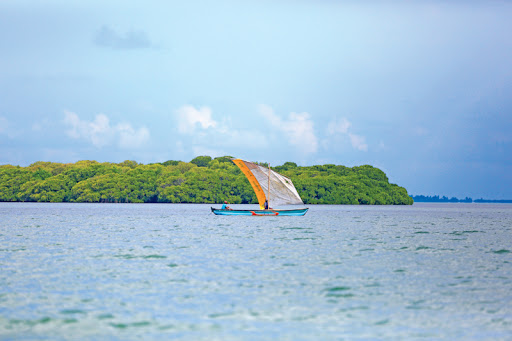 Sri Lankans have been inherently against leasing State assets or properties to international companies or foreign countries, concerned that such an action would be a threat to the sovereignty and security of the country. There have been times when such opposition has discouraged potential investors from investing in Sri Lanka.

Last week, social media was flooded with outraged posts on the Sri Lankan Government’s decision to lease Uchchimunai island in Kalpitiya to a Swiss company. The posts claimed that the Government was selling State assets amidst a crisis and expressed concerns over foreign party intervention in Sri Lanka’s sovereignty.

The Sri Lanka Tourism Development Authority (SLTDA), later issued a statement clarifying the matter, stating that the island had merely been leased for 30 years to a Switzerland-based company, which plans to develop an “environmentally friendly resort” on the island. Accordingly, the lease rental is based on the value provided by the Department of Government Valuation that was done in October 2020 on which the agreement has been finalised. Thus, the stated $ 417.5 million is the project cost estimated by the investor for a tourism project that will be implemented in stages.

University of Colombo Department of Economics Head Prof. Sirimal Abeyratne told The Sunday Morning Business that the general public needed to realise the mistakes they were making through such actions which have collectively resulted in the country’s present situation.

He stated that while politicians were always blamed, civil society, different organisations, religious associations, and environmental associations had also played an important role in bringing the country to its present state.

“We all worked together to bring this country to the current political and economic mess and the general public certainly played a part in this. Public perception against investment is also a reason. We have never protested against foreign borrowing but we protest against foreign leasing. It is time to realise our mistakes as well,” Prof. Abeyratne added.

Meanwhile, Economist and Advocata Institute Associate Rehana Thowfeek shared that politicians had always pushed a narrative against selling State assets, implying that through such an action the country’s assets were being sold to foreign countries.

“Even in the case of the Hambantota Port, people said that it was sold, when it was in fact leased. There is a lot of such misinformation and people end up falling for these false stories. In addition to this, there seems to exist a sense of national pride dictating that national assets should be run by the government,” Thowfeek stated.

She further noted that Sri Lanka’s State-Owned Enterprises (SOEs) had not performed well, pointing out that SriLankan Airlines was making losses and was debt-ridden.

“People need to realise that they are paying for these losses, just to maintain these SOEs out of pride. I would not say any government has successfully managed to educate people on the kind of reforms that are needed and why they are needed,” she stated.

Thowfeek further noted that however, with the recent protests, people appeared to be arriving at an understanding of certain aspects of the economy. She emphasised that people should realise that Sri Lanka had to work with other countries and obtain international expertise when required, adding that making use of loss-making State assets was certainly better than letting them lie idle and be a burden on State expenditure.

Former Director of the Central Bank of Sri Lanka (CBSL) and Advocata Institute Senior Visiting Fellow Dr. Roshan Perera stated that the leasing process of State-owned assets should be made transparent so that the general public had a better understanding of what the Government was doing.

“About 80% of the lands are owned by the Government. The problem is with the process and procedures that are taking place as there is a lack of transparency in these processes. We really do not know what is going on with these leases and how they are being negotiated, so there should be a transparent process,” Dr. Perera stated.

She stated that it was not that people did not want Foreign Direct Investments (FDIs) into the country, but that they wished to know what was happening and how the process was taking place, which required total transparency in the leasing process.

“Whatever we do, the country has to benefit. We must not make losses from the leases. That is why people are upset and are protesting. We have to show how the process takes place. The Government does own a large portion of lands, and without unlocking them and making some of them available for investments, it will be very difficult for any company to come and invest here,” Dr. Perera concluded.

Some of Sri Lanka’s notable leases include the leasing of Hambantota Port to China. In December 2017, Sri Lanka handed over its southern port of Hambantota to China on a 99-year lease, which government critics have denounced as an erosion of the country’s sovereignty.

The $ 1.3 billion port was launched using loans from Chinese State-controlled entities. However, it has since struggled under heavy losses, making it impossible for Colombo to repay its debts. In 2016, Sri Lankan ministers struck a deal to sell an 80% stake in the port to the State-controlled China Merchants Port Holdings.

Another important lease is the leasing of the Trincomalee oil tanks. In 2002, the Indian Oil Company was given 14 of the 99 tanks to operate.