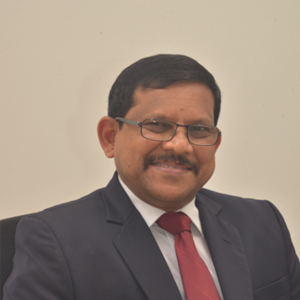 Sri Lanka’s apparel sector has started losing around 10-20% of its orders to neighbouring competitors India and Bangladesh, as buyers express concern over the country’s economic and political situation, stated the Joint Apparel Association Forum (JAAF) of Sri Lanka.

Speaking at an interview aired on Derana last Saturday (21), JAAF Deputy Chairman Felix Fernando said the country’s apparel sector has orders until June 2022, which were placed by buyers or brands at the end of 2021, when the situation of the country was considerably economically stable.

However, he said the buyers have proven reluctant to place their orders for the five to six months after June, due to Sri Lanka’s ongoing economic and political crisis.

“The buyers have started collecting information on Sri Lanka’s situation,” he said, adding that many major apparel brands’ suppliers in the country had to meet their buyers in the last few weeks to assure them that orders would be supplied without any disruption.

“Even now we have lost some orders. Some of the buyers have said that there is a high risk, so they have shifted 10-20% of their orders to India and Bangladesh,” Fernando said.

According to the Export Development Board (EDB), the apparel and textile sector has brought in $ 1.9 billion between January and April 2022, and according to Fernando, this is a 13% year-on-year (YoY) increase compared to 2021.

He said the apparel sector could keep up its increased export revenue until June 2022, but there would subsequently be a problem in keeping up its revenue, adding that although the sector is attempting to draw $ 6 billion to Sri Lanka over 2022, this would not be easy to achieve unless positive changes occur in the coming months.

Moreover, Fernando said that road closures due to protests have resulted in difficulties among apparel companies in getting their employees to work, which has left them unable to meet daily targets and overall deadlines.

“We cannot blame anyone, because the people in the country are under a lot of pressure, as the daily wage earners have no means of earning an income. But when they come to the street with their problems, the roads are closed; and when that happens, our factory employees find it difficult to go to work,” he added.

He also noted that the trade unions have understood the importance of the export sector for Sri Lanka at the moment, and have decided to continue working without strike action.

Fernando said that many economists have forecasted a global economic recession in the coming months that could reduce the buying power of apparel buyers if it occurs – which only spells more trouble for Sri Lanka’s export sector.

According to a Bloomberg Markets live survey conducted between 29 March and 1 April 2022, 48% of investors expect the US to fall into recession next year. Another 21% expect the downturn to happen in 2024, while 15% of the 525 respondents expect the recession to come as early as this year.