CSE High and Lows  – The Morning 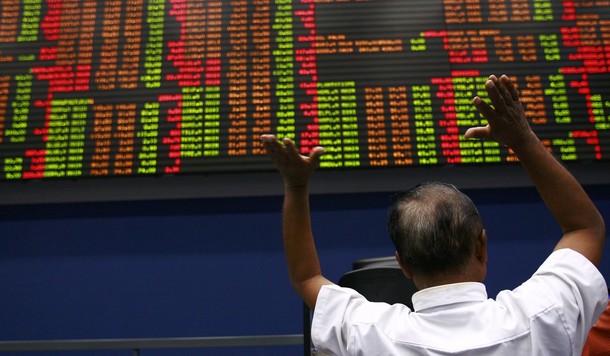 The positive market sentiments observed in the Colombo Stock Exchange (CSE) leading up to this week appears to have fizzled out as selling increased with traders once again taking a cautious wait-and-see approach in the face of increasingly sombre revelations regarding the country’s economy.

This turnaround in market sentiment observed during this week comes in the aftermath of four successive positive market sessions during which the All-Share Price Index (ASPI) surged by around 1,000 basis points from 6 May 2022. Market turnover recovered to pre-crisis levels, with increasing buying interest observed across the board as investors started moving back into the market.

On Tuesday (17) the market sentiment remained bullish as the market reacted positively to the appointment of new Prime Minister Ranil Wickremesinghe, with talks circulating widely of several avenues being pursued by the new Prime Minister to obtain bridge financing to cover short-term requirements. Accordingly, the ASPI surged by over 359.24 points (up 4.44%) to reach 8,457.65 points from the previous day’s close of 8,098.41 points. Similarly, the Standard & Poor’s Sri Lanka 20 (S&P SL20) index was up 147.5 points (5.54%) reaching 2,809.81 points from the previous day’s close of 2,662.31 points. The day was characterised by a healthy turnover of around Rs. 2.8 billion with over 177 million shares traded. The major contributors to the movement of the ASPI were Expolanka Holdings PLC (EXPO) which contributed to 48.8 points, followed by LOLC Holdings PLC (LOLC) with 30.8 points, Browns Investments PLC (BIL) with 25.7 points and John Keells Holdings (JKH) with 22.8 points.

Describing the movement in the market during the day, Asha Securities Ltd. stated: “The Prime Minister’s remarks on the state of the economy and the discussion on the country’s first ever default of foreign debt in Parliament, made the bourse wipe out its early gains to settle in red.”

Notable developments in the bourse during the week include the announcement by LOLC Development Finance PLC (NIFL) via a CSE corporate disclosure dated 17 May 2022 that its Board of Directors had decided to offer shares by way of a Rights Issue to existing shareholders at a 1:2 ratio. Accordingly, they will be issuing 119.0 million new shares at Rs. 13.25 per share to raise Rs. 1.6 billion. Furthermore, on 17 May 2022, Hayleys Fibre PLC (HEXP) announced dividends of Rs. 0.3 per share, with the Ex-Dividend (XD) date set for 29 June 2022. Moreover, on the same day, Elpitiya Plantations PLC (ELPL) and Access Engineering PLC (AEL) also announced dividends of Rs. 3.0 per share and Rs. 0.75 per share, respectively.