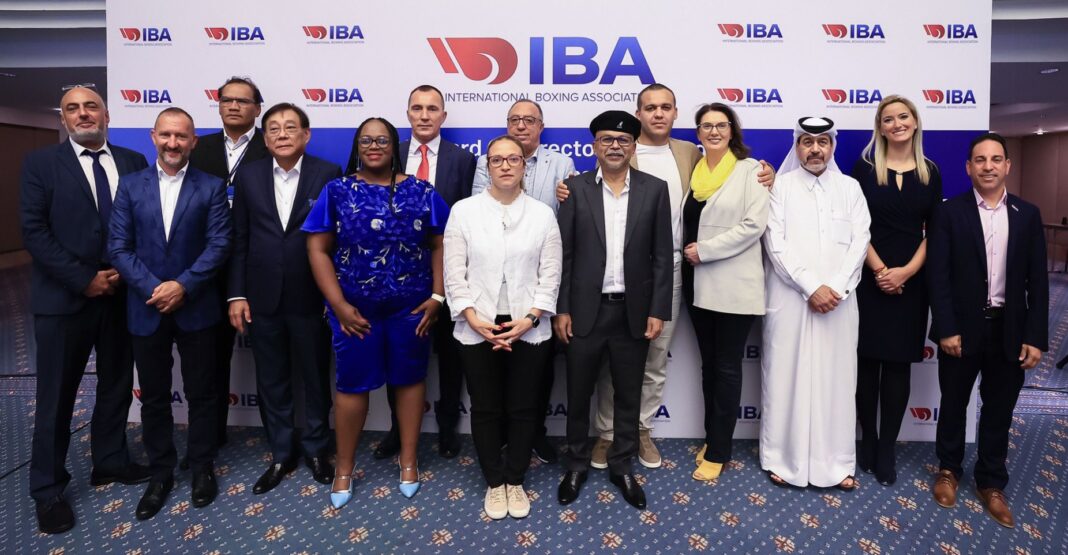 Dian Gomes who currently serves as the Honorary Consul of Georgia in Sri Lanka, is also the former Chairman of Hela Clothing and former Group Director of the $ 3 billion apparel enterprise, MAS Holdings. He received his Executive Education at Wharton, Ashridge, and Harvard Business Schools. Dian was President of the Chartered Institute of Management Accountants (UK), Sri Lanka Division in 2001/2002; and presently sits on the Boards of Nestlé Lanka PLC and several other private and government organisations.

President of the Ukrainian Boxing Federation Volodymyr Prodyvus was elected as the Vice President of the International Boxing Association (IBA) after the first meeting of IBA’s new board. That was on the second day’s meeting of the IBA Board’s Extraordinary Congress that was held on Sunday (15) in Istanbul, Turkey under its Russian President Umar Kremlev, international media reported yesterday (16).

Russia’s Umar Nazarovich Kremlev has been Secretary General and member of the Executive Committee of the Boxing Federation of Russia since February 2017. The 39-year-old is from Serpukhov, Russia. He had been the IBA President since December 2020.

The IBA Extraordinary Congress was held over last weekend alongside the ongoing Women’s World Boxing Championships. The IBA, previously known as the Association Internationale de Boxe Amateur (AIBA), is an independent sport organisation that sanctions amateur or Olympic-style boxing matches and awards world and subordinate championships.

It was recognised by the International Olympic Committee (IOC) as the international governing body for the sport of boxing until 2019, when the IOC suspended its recognition (see boxed story titled “IBA History”).

‘I thank my colleagues’

“I have been involved in boxing since I was 16,” said Prodyvus at the meeting following his confirmation as IBA Vice President.

“It is an essential part of my life and I want to see my beloved sport reaching new heights. I fully recognise the responsibility this position entails and thank my new colleagues for their trust.”

Elise Seignolle, representing the US, was unanimously elected as a third member of the Finance Committee following the approval of two independent members by the new board.

IBA President Kremlev was in attendance too, as well as the five Continental Federation Presidents at the above Istanbul meeting. The next IBA Board of Directors meeting is scheduled for 24 June 2022 in Lausanne.

President Kremlev had said: “I am grateful to my new colleagues for their active approach and the dedication to boxing that they are already expressing.

“We need to build an open dialogue to be able to implement all required reforms in order to further help athletes, coaches, and national federations in achieving their goals.”