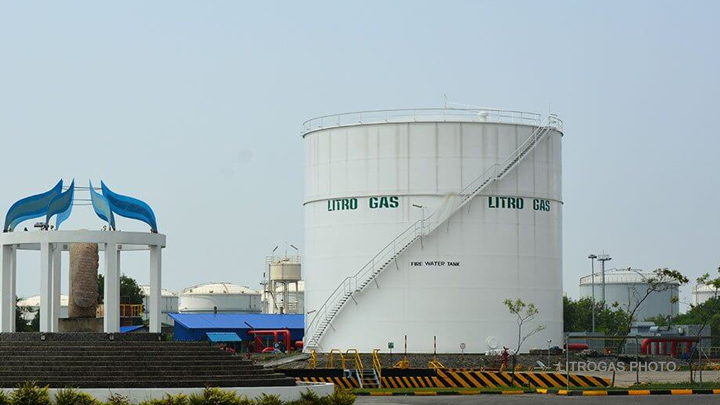 Jayasinghe alleged that ministers and government officials under whom Litro operates did not support the decisions to combat wrongdoing.

“Majority of the ministers and members of the parliament representing the ruling party are trying to escalate the current situation rather than supporting the government to control it,” he claimed.

“The question I have is, is it because of the decisions I took from the start to stop the corruption within the organization?”

Jayasinghe said, he was able to stop the sale of 18-litre cooking gas cylinders which are through to have contributed to fires and explosions in cookers.

He claimed there was corruption in gas imports.

“After discussing with you regarding these international mafias which resulted in the loss of billions of rupees, I tried at my level best to stop all the corruption,” he wrote.

“However, it was hard due to the challenges faced by the authorities from the management and at the social level. It was clear all the incidents that happened from that moment were all according to a pre-planned script.”

Jayasinghe said the current gas shortage cannot be solved by discussions within the organizations, and all parties involved in the economy should support it.

“The devaluation of the rupee, forex shortage in importing gas, difficulties faced by the state owned and private banks and predictions regarding the economic situation of the country made by foreign investors are some of the issues that cannot be solved within the organizations,” Jayasinghe said.

“It is a nauseating experience to see the officers responsible for the national monetary policy and money handling, not taking adequate measures solve this issue easily and letting the general public in the country to suffer due to negligence or with knowledge.”

Central Bank and the country’s ‘economists’ have destroyed the currency for 72 years though open market operations and direct finance of the budget to keep down interest rates and imposed import controls on the unknowing public.

Jaysinghe calimed the current gas shortage still can be solved and the recommendation have been provided to the President and the authorities a few months ago.

He said, discussions have been made with the Indian High Commission and the initial facilities to import gas on credit is already in place in order to continue the gas supply in the country.

“For the first time in the history of the firm, the tenders were called from gas suppliers through all high commissions in the country with the utmost monetary transparency and I hope it will be carried forward,” he said.

Sri Lanka general public is still facing issues due to the gas shortage and many small and medium scale entrepreneurs connected to the food chain in the country along with households are facing difficulties.(Colombo/ April 15/2022)