Sri Lanka curfew re-imposed from 800pm on May 16 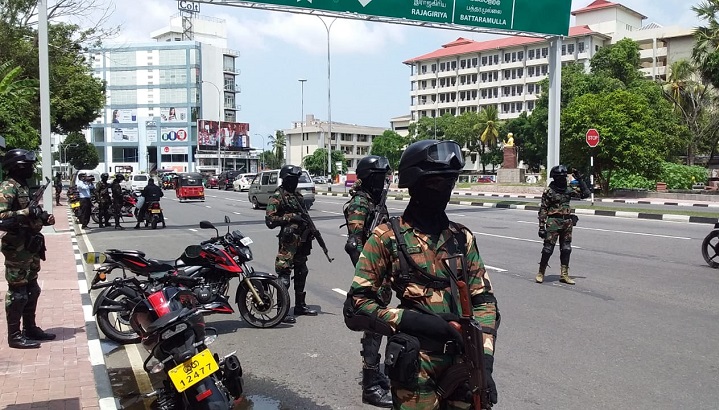 ECONOMYNEXT – Islandwide curfew has been imposed in Sri Lanka from 8.00 pm on Monday to 5.00 am on Tuesday, President Gotabaya Rajapaksa office said on Monday, a week after deadly clashes left 9 dead and around 300 injured.

“Curfew will be imposed on the entire country from 8.00 pm today (16) to 5.00 am tomorrow (17) in accordance with the provisions of Section 16 of the Public Security Ordinance,” the president’s media said in a statement.

“Accordingly, no person is allowed to be on any public road, railway, public park, public recreation ground or other public ground or the seashore except under the authority of a written permit granted by an authorised officer.”

The president office did not give the reason why the curfew is being imposed again on Monday, a day after it did not impose any curfew.

The curfew, however, is imposed ahead of parliament session on Tuesday amid many ruling party legislators have demanded for more security after the last week clash. The parliament is expected to take up a no confidence motion against the president this week while it is also expected to discuss a new 21st amendment to reduce the presidential powers.

The clashes took place after former Prime Minister Mahinda Rajapaksa’s supporters brutally attacked unarmed and peaceful protesters who have been demanding the resignation of President Rajapaksa and the prime minister for their economic mismanagement.

President Rajapaksa has already declared emergency law early this month and it will elapse if it is not approved by the parliament this week with simple majority.  (Colombo/May16/2022)