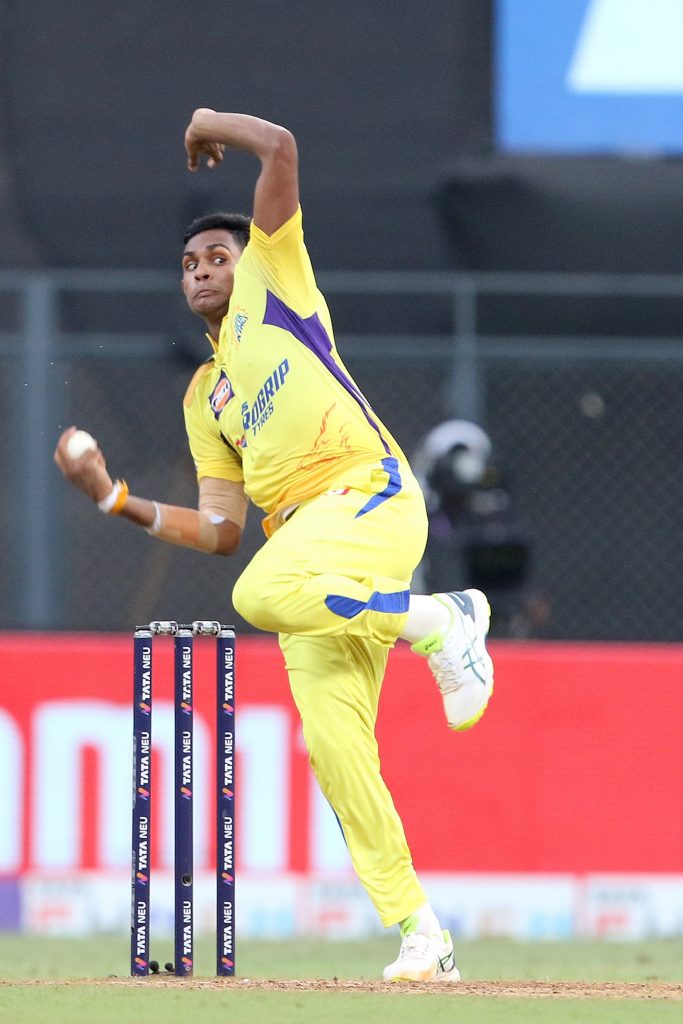 Pathirana, a Kandy boy emerging from Trinity College in the hill capital, had played in only one first-class match and for Sri Lanka Under-19, before his IPL debut on Sunday.

In that 62nd match of this season’s IPL, CSK lost by seven wickets with just five balls remaining against Gujarat Titans (GT), who chased 134 runs to win the game.

In this year’s 74-match and ten-team competition, GT have already qualified to the final four, named the Play-offs, whilst CSK is amongst the two teams who have already been eliminated from this edition along with Mumbai Indians (MI), coached by former Sri Lanka Captain Mahela Jayawardene.

Pathirana was signed by the CSK in April for Indian rupees 20 lakhs, which is equivalent to Sri Lanka rupees 8.97 million at present.

CSK signed up the Sri Lankan as a replacement for the New Zealand quick Adam Milne, who was ruled out of the IPL 2022 with a hamstring injury which Milne suffered during CSK’s first match of the season, against Kolkata Knight Riders (KKR) on 26 March. He did not feature in the tournament since then.

Will the country lose the asset?

Will the over-exposure for the youngster at a young age and the very start of his career ruin his future?

“It is also a possibility. The batsmen will now try to learn how to play him by studying the videos. Malinga’s secret was his adaptability and the innovations that he discovered himself along the way,” a former player opined yesterday (16).

“That made Malinga survive in the long run. If Pathirana loses his head and focus, due to the big money and heavy attention he gets now, there is a possibility that he will have to stop where he started. That’s the dangerous side of the story. The country will lose the asset.”

Pathirana was part of the Sri Lanka squad in this year’s Under-19 World Cup in the West Indies where he played four matches and picked up seven wickets at an average of 27.28 runs per wicket while returning an economy rate of 6.16 runs per over.

“Raw 19-year-old slinger could have Australia in his sights next month after the Chennai debut that impressed Dhoni,” wrote Martin Smith yesterday on Cricket Australia’s (CA) official website cricket.com.au.

“A teenager labelled ‘Mini Malinga’ has made an instant impact on his debut in the IPL and Australia may well get a closer look at him on their tour of Sri Lanka next month,” wrote Smith. Pathirana notably dismissed Indian stars Shubman Gill and Hardik Pandya on Sunday.

“With a highly unusual bowling action that has been labelled ‘an even more extreme example of Malinga’, Pathirana’s debut came despite having played just two senior T20 matches previously,” noted the said CA report.

His action is undoubtedly like Malinga’s, but Dhoni says the comparisons to the Sri Lankan legend don’t end there.

“He (Pathirana) is an excellent death bowler (bowler who bowls towards the end of an innings of the batting team),” Dhoni had said after Sunday’s match.

“A bit similar to Malinga. Also with what happens with his action, the margin of error for him is quite big. With a slingy action, he doesn’t get a lot of bounce. Which means that even if he commits an error of one yard, it is not like it will hit the middle of the bat. It wouldn’t bounce a lot.

“With his action, it is slightly difficult to pick. And he has got that slower one also. So you have to watch him very carefully. Which means when you spend those extra seconds watching the ball – and he is bowling at a decent pace – it becomes quite difficult to consistently hit him.”

Pathirana struck with his very first ball on Sunday night with a full delivery that skidded low and struck Gill on the ankle.

A more extreme example of Malinga

“I think he is an even more extreme example of Malinga,” Vettori told ESPNCricinfo.

“He sort of reaches back and doesn’t even look like he is looking at the target. Whereas Malinga felt like he still had his eyes on what he was doing. But he obviously caught batsmen by surprise. Gill and Hardik Pandya are quality players.

“That surprise-element still comes from the ball coming from a completely different angle to the one you are used to. His accuracy was good enough and once he adds those variations, he can be the sort of bowler who disrupts the T20 game.

“I don’t think he is ever going to be an economical-type bowler but he can certainly come back, take wickets, and put the fear of God into some tail-enders.”

May play against Australia

“Pathirana’s impressive start to his IPL career could see him elevated into a Sri Lanka senior squad for Australia’s tour next month,” predicted CA.

In addition to the eight white-ball encounters, Australia “A” too will play two 50-over games against Sri Lanka “A”, on 8 and 10 June.