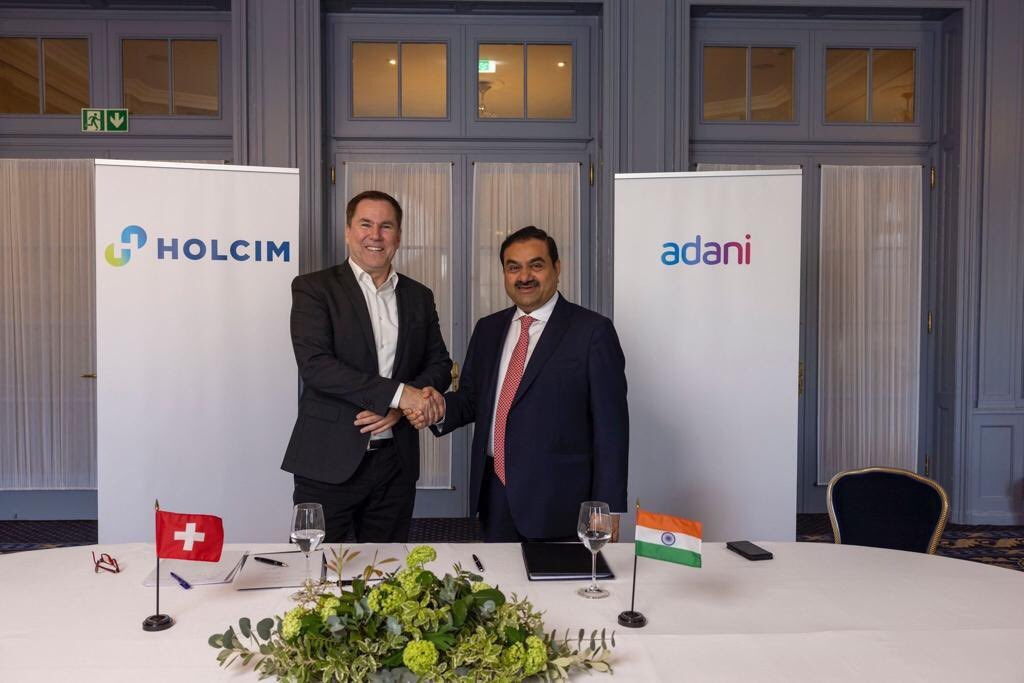 The Adani Group has acquired Zurich-based Holcim’s cement business in India for $ 10.5 billion in India’s largest ever mergers and acquisitions (M&A) transaction in the infrastructure and materials space.

Through its subsidiaries, Holcim holds 63.19% in Ambuja Cements Ltd. and 54.53% in ACC Ltd. (of which 50.05% is held through Ambuja Cements). This is the largest-ever acquisition by Adani, which beat the JSW and Aditya Birla groups to the deal.

“The two companies are among the strongest brands in India with an immense depth of manufacturing and supply chain infrastructure, represented by their 23 cement plants, 14 grinding stations, 80 ready-mix concrete plants, and over 50,000 channel partners across India,” Adani said.

With this acquisition, Adani is now India’s second-largest cement manufacturer after Ultratech Cement of the Aditya Birla group.

Adani Group Chairman Gautam Adani said: “With Holcim’s global leadership in sustainability, we are acquiring some of the most efficient building materials operations in India, powered with clean technologies like heat recovery systems.”

“We recognise that Ambuja and ACC operations are energy intensive and therefore when combined with our renewable power generation capabilities, we gain a big head start in the decarbonisation journey that is a must for the Indian industry,” Adani said.

Holcim CEO Jan Jenisch said: “In the last twelve months, we have invested CHF 5 billion in solutions and products as a new growth engine for the company, while continuously pursuing bolt-ons in aggregates and ready-mix concrete. Holcim is ready to seize further opportunities, in line with our ‘Strategy 2025 – Accelerating Green Growth’, to become the global leader in innovative and sustainable building solutions.”

With India’s cement consumption at just 242 kg per capita, compared to the global average of 525 kg per capita, there is significant potential for the growth of the cement sector in the country.

While India continues to be the world’s second largest cement market, it has less than half the global average per capita cement consumption, Adani said.

“In statistical comparison, China’s cement consumption is over seven times that of India’s. When these factors are combined with the several adjacencies of our existing businesses that include the Adani Group’s ports and logistics business, energy business, and real estate business, we believe that we will be able to build a uniquely integrated and differentiated business model and set ourselves up for significant capacity expansion,” Adani said.