Importers run out of Milk Powder Stocks – The Morning 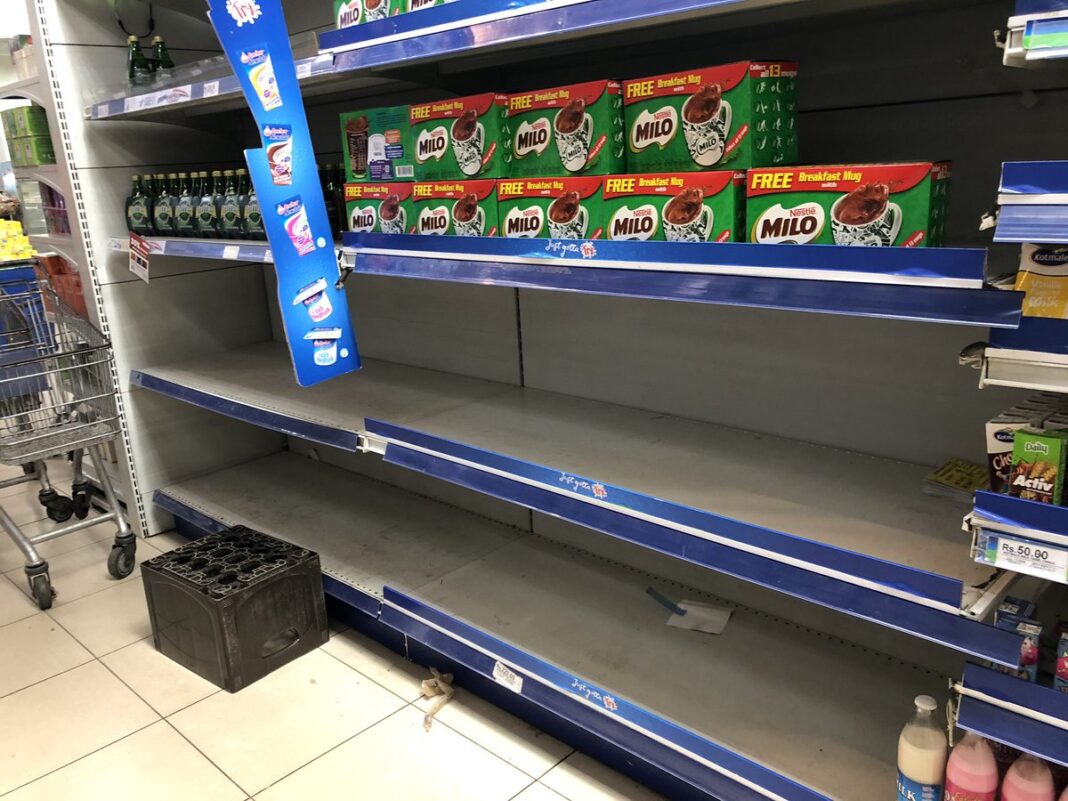 The current milk powder shortage in the country will likely be aggravated in the near term, as milk importers claim that they have completely run out of stocks due to the difficulties faced in opening Letters of Credit (LC).

Speaking to The Morning Business yesterday (21), a source from the dairy-importing industry claimed that they have completely run out of stocks, and that the next shipment of milk powder is expected to arrive by the end of this month.

Explaining further, the source stated: “Due to the foreign exchange liquidity crisis, we are unable to open LCs. Despite milk powder being an essential import, banks are helpless in this situation, as they do not have US dollars to provide us. If we ask them to open an LC for $ 1,000, they will only give us $ 400.”

He further stated that considering the high global milk powder prices and the depreciation of the Sri Lanka rupee by over 60% in 2022, they will have to consider a further price hike for milk powder. However, he refused to provide any specifics on the exact price hike that will be sought, only stating that the exact figures will have to be decided once the next shipment arrives.

Currently, according to data published by CIAL, an Italian dairy economic consulting firm that analyses the dairy market, the prices of whole milk powder in the global market have reached historically high levels, surpassing even the € 3,500-3,700 per metric tonne (MT) price levels recorded in 2013-2014, when climate issues in Northern Europe and droughts in New Zealand pushed global milk powder prices to record levels.

Accordingly, as per CIAL, prices of whole milk powder in the global market have currently exceeded € 4,600 per MT.

When considering the effects of the Sri Lanka rupee depreciation, as of 21 April 2022, according to data published by the Central Bank of Sri Lanka (CBSL), the selling rate of a US dollar for Telegraphic Transfers (TT) was Rs. 340 per US dollar, which represents a 23.6% depreciation when compared to the selling rate published by the CBSL on 19 March, which stood at Rs. 275.0 per US dollar. This is the justification for the milk-importing industry’s demand for a further price hike for milk powder.

The source further disclosed to The Morning Business that many established milk importers had imported milk powder last year under 6 to 12-month credit lines due to the forex shortage in the country. However, retail pricing at the time was fixed considering the Rs. 203-200 official exchange rate maintained by the CBSL, whereas now, they are forced to repay their creditors at a rate of Rs. 340 per US dollar.

“Whatever credit lines we have entered into, we have to pay back. There is no money in this business for us. However, even at loss, we are willing to run the business, because we have a commitment to the consumer. While a price hike is inevitable, we will still continue to struggle to bring down adequate quantities,” lamented the source.