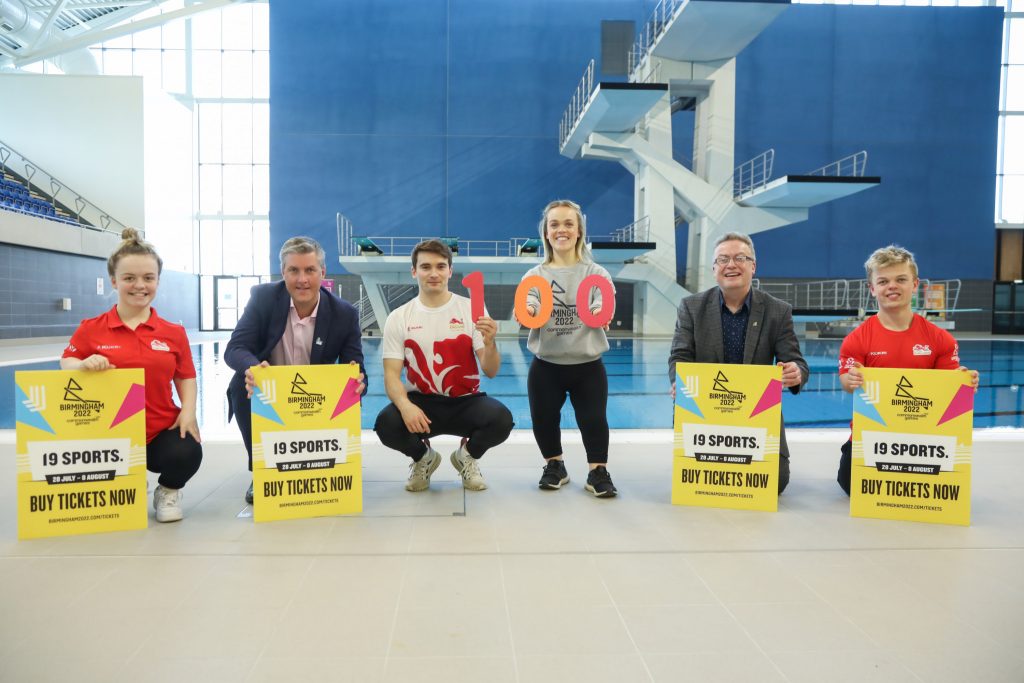 That was on Tuesday (19) in Birmingham in England.

Preparations for the Games are continuing to ramp up as organisers received the keys for the newly-built Sandwell Aquatics Centre and announced the final major ticket release.

Over one million tickets sold already

More than one million tickets have already been sold and several hundred thousand have been put on general sale for the Games, scheduled to be held from 28 July to 8 August.

“It is incredibly busy at this stage in planning for a major event and there are lots of challenges every day,” said Reid.

“In terms of the big picture, the capital projects like the Aquatics Centre are coming together really well and are looking fantastic.

Everyone is looking to celebrate

“We are on a budget and all our major milestones are being delivered, plus the Queen’s Baton Relay is going incredibly well.

“We feel like we are in a really good space and everyone now wants to hit the fast-forward button and get to the summer as everyone is really looking to celebrate.”

Paralympic swimmers Maisie Summers-Newton and Will Perry and Olympic diver Dan Goodfellow tested out the facilities at the £ 73 million (Rs. 17 billion) centre to celebrate the 100-day countdown.

Since construction began at the start of 2020, more than 190,000 tiles have been installed at the venue and between them, the pools contain 1.2 million gallons of water.

The centre will be in use for all 11 days of competition at Birmingham 2022, offering 66 medal events – more than any other venue, said Geoff Berkeley of Inside the Games reporting from Sandwell Aquatics Centre in Birmingham.

“To see our only completely new venue for the Games looking so good – it is really encouraging,” said Reid.

“It does fill you with huge enthusiasm for that final run-up to the opening ceremony on 28 July.

“We have got 4,000 temporary seats, but it does not feel like they are temporary.

“When there are 5,000 people in here, there will be an incredible atmosphere for the athletes, and that’s what they have been missing over the past couple of years in these multi-sport events.

“Swimming is one of our first sports, so it will kick off the Games with a real bang so to be able to showcase this to the world will be amazing.”

The construction of the Sandwell Aquatics Centre, which is located in Smethwick – just a few miles from Birmingham – has been overseen by the Sandwell Council.

“We are very proud to celebrate the completion of the state-of-the-art Sandwell Aquatics Centre in Smethwick,” said Sandwell Council Director of Regeneration and Growth Tony McGovern.

“This is a testament to the hard work and dedication of our construction partners, who worked diligently throughout the project and a global pandemic to complete this venue on time and on budget.

“We are incredibly excited to be part of the Birmingham 2022 Commonwealth Games, which will be a once-in-a-lifetime opportunity to celebrate Sandwell on a global stage as the proud host venue for the swimming, para-swimming, and diving events for the Games.”

Commonwealth Games Federation President Dame Louise Martin added: “As we reach the final sprint, Birmingham and the West Midlands should be enormously proud of all the Games’ progress to date.

“The Sandwell Aquatics Centre is an impressive, world-class, community-focused facility and I’ve no doubt all remaining tickets will be in high demand when they go back on sale today (Tuesday).”