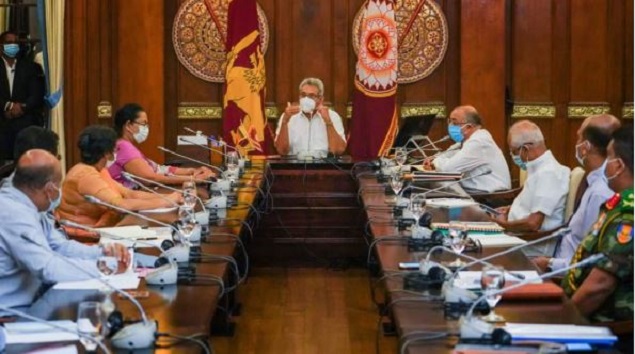 ECONOMYNEXT – Sri Lanka’s cabinet has approved a proposal to appoint a 14-member advisory committee comprising business leaders and academics to assist a 11-member Economic Council which was by the opposition for not including any economic experts.

The Economic Council announced on March 09 was appointed to accelerate economic growth is chaired by President Gotabaya Rajapaksa and comprises the following:

A statement from the cabinet office said issued on March 09 said the council was appointed to speed up economic growth by discussing local economic policies including macroeconomic policies, the behaviour of the national economy since the pandemic, economic restructuring and major development projects that directly affect the economic and financial policies of the government.

According to the statement, relevant ministries, departments and statutory institutions are expected to implement decisions subject to the approval of the cabinet with the guidance the council.

Intellectuals with standing in their respective fields will also be invited to meetings of the council as required, it said.

Sri Lanka is currently in the midst of one of the worst economic crises in the country’s history, with shortages of essential items on top of an energy crisis brought about by excess money printing to raise interest rates. (Colombo/Mar15/2022)