Kandy on top with a win over Army – The Morning 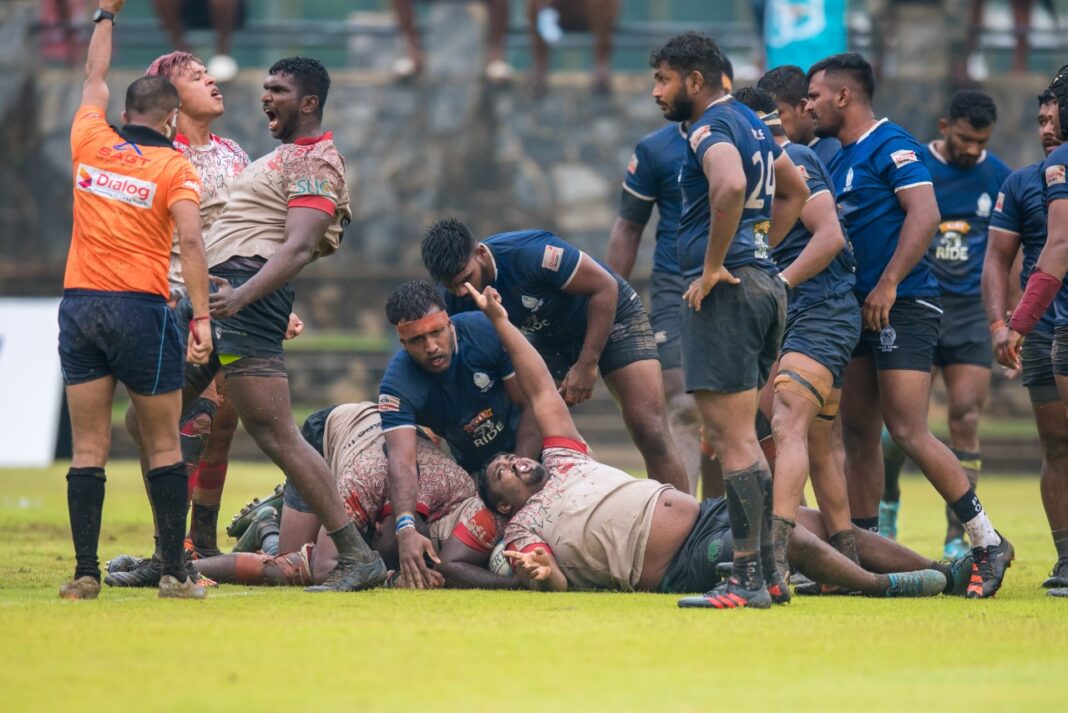 Kandy Sports Club edged over Army Sports Club with a 21-17 win at Havelock Park, Colombo last Saturday (12). All the action was packed inside the first half where both teams went toe-to-toe against each other.

Army started scoring through Sudaraka Dikkumbura in the very first minute. It took almost 20 minutes for the visitors to respond as Army held strong in defence. However, the Kandy front-line pierced through the defence and Dilusha Dange claimed the try.

Kandy two points ahead of Havies

The soldiers took the lead once again in just five minutes when in-form Dhanushka Thalawatte found the whitewash. They also made it to half-time with the lead but Kandy’s Jason Dissanayake scored their second try to go into the break just three points behind Army.

The second half didn’t have much action as both sides parked their busses in defence, so to say. However, the decisive try was scored by Nigel Ratwatte for Kandy.

With the sixth win under their belt, Kandy move to the top of the league, two points ahead of second-placed Havelocks.

After losing their first three games of the season, Colombo Hockey and Football Club (CH&FC) turned around their season to win four games in a row with the win against Police Sports Club by 25-22 on Sunday (13) at the Racecourse grounds, Colombo.

It took some time for both teams to settle down but it was the home side who scored the opening try through Avantha Lee. Despite losing Hashan Fernando for ten minutes, Police held strong in defence and scored a try through Rashmilka Hapunpathirana to draw level before lemons.

The second half saw Police taking the lead by the hour mark after a converted try from Hashan Fernando. But a yellow card to Police’s Udara Suriyapperuma turned the tides around in favour of CH&FC.

In a space of ten minutes, the home side scored three quick tries with Prasath Madushanka scoring twice and Shehan Dias scoring the other. Police scored once more through Mohan Wimalarathne, but it was too late as CH held on for the win.

With this win, CH have secured their place in the top four while Police have one more chance to get inside the top four when they face Army Sports Club this Saturday (19).