Should the Central Bank meddle with forex rates? – The Morning 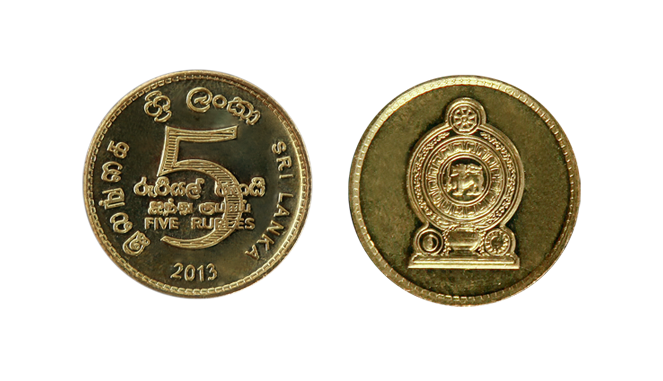 Last Monday (7), the Central Bank of Sri Lanka (CBSL) depreciated the Sri Lankan Rupee against the US Dollar by 15% to Rs. 230 after it was pegged below Rs. 203 since August 2021. This came as a shock after CBSL Governor Ajith Nivard Cabraal asserted at the Monetary Policy Review held just three days prior to Monday that the directive that kept the rupee below Rs. 203 would not be revoked.

In a statement last Monday (7), the CBSL said: “Greater flexibility in the exchange rate will be allowed to the markets with immediate effect. The Central Bank is also of the view that forex transactions will take place at levels that are not more than Rs. 230 per US Dollar.”

Appeals to allow the rupee to depreciate have been made by many economic experts and business leaders over the past few months, in the backdrop of the country continuously losing dollar income via formal channels due to attractive premiums offered by informal channels. Informal market (black market) prices range between Rs. 270-290 against the US Dollar.

In January 2022, remittances by Sri Lankan workers to the banking system fell by 61.6% to $ 259.2 million, when compared to January 2021, even though an incentive of Rs. 10 was given for each dollar converted at banks.

By Wednesday (9), the CBSL Governor stated that the dollar had been allowed to float after consultation with banks and by Thursday (10) the dollar was quoted at Rs. 260 by Licensed Commercial Banks (LCBs).

CB should not manipulate exchange rate

Even though a free float of the currency was allowed by the CBSL after months of holding it, economists opine that the CBSL should not manipulate the exchange rate at all.

University of Colombo Professor in Economics and the former CBSL Monetary Policy Consultative Committee (MPCC) Chairman Prof. Sirimal Abeyratne said that the CBSL should not manipulate the exchange rates and added that it should be left to the market because the damages of not doing so were significant.

The economist welcomed allowing the rupee to depreciate against the US Dollar. Moreover, he stressed that the informal channels would cease to exist if the CBSL stopped manipulating exchange rates.

“I think it is high time the CBSL confines itself to its primary objective, which is price stability,” Abeyratne said.

Further, he said that the exchange rates were not flexible because whenever there was excess demand in the market for foreign exchange, it would continue to depreciate and if the CBSL held onto the Rs. 230 rate or whatever the rate, it would gradually get overvalued.

He noted that it was not a good strategy, particularly for those who earned in foreign exchange.

In the late 1960s and 1970s, Sri Lanka introduced the Foreign Exchange Entitlement Certificate, which provided different exchange rates to importers and exporters, which Abeyratne said was similar to the incentive introduced by the Government for foreign remittances.

The main concern among businesses and industries at the moment is the shock the market would have to experience if the dollar was allowed to float. However, Abeyratne said that although those concerns were legitimate and the dollar could overshoot to over Rs. 300, this situation had been created by the CBSL itself by intervening unnecessarily in the foreign exchange market.

“The CBSL has been intervening in the market for quite some time and suddenly when we let it go, obviously there will be a problem,” he said.

Advocata Institute Chairman Murtaza Jafferjee said if the exchange rate allowed for all the adjustments, it would end up at over Rs. 300.

“So we need to ensure that fiscal policy plays a big role; selling fuel and electricity at large subsidies are huge losses,” he said.

He said that when the barrel of diesel was around $ 156 in the world market, Sri Lanka was selling it at Rs. 121 per litre when it should be really at around Rs. 267 when considering the Rs. 230 exchange rate for the US Dollar and other taxes and costs.

“We have to significantly curtail demand in the economy,” he said, adding that prices should basically pass on to the consumers who would either reduce consumption or have less money to buy other things.

“Fiscal policy has to play a larger role now in adjustment. If not,  if we leave it all to the exchange rate, it will end up going above Rs. 300,” Jafferjee said.

Incentives for exporters and remittances

On Tuesday (8), the Cabinet approved an exporters’ incentive scheme designed to ease the difficulties faced by exporters such as high inflation, severe foreign exchange deficit, restrictions on imports of raw materials, and high operating costs, and to increase the progress in export performance achieved during the last year.

According to the Cabinet statement, the implementation of the proposed incentive scheme is expected to generate additional revenue of $ 5,500 million in 2022 over export earnings in 2021.

The Cabinet of Ministers approved the proposal presented by the Minister of Trade to pay an incentive of Rs. 30 per dollar on export earnings earned over the previous quarter to companies that had achieved at least 10% export progress compared to the corresponding quarter of the previous year.

The Cabinet also approved a proposal presented by Labour Minister Nimal Siripala de Silva to increase the current incentive allowance of Rs. 10 per dollar to Rs. 38 per dollar.

On Thursday (10), the Finance Ministry introduced a further Rs. 20 incentive for the remittances converted at banks.

Commenting on the incentive given to remittances, Jafferjee said the Government, which was massively fiscally constrained, had to fund it.

He added that recently money printing had not been done by the Government, so interest rates would go sky high to pay the incentive.

However, according to the CBSL, Rs. 10.61 billion had been printed on Wednesday (9).

Further, he said the incentive was unacceptable because many other dollar inflows would disguise themselves as remittances.

“Previously,  the flows that were categorised as other current account headings such as salary or dollar salaries of people who are working in the IT sector, will get classified as remittances just to get the Rs. 38, so you are not going to benefit anybody,” he added.

Pegged exchange rate not at fault

“I understand the Central Bank would not want to free float it as it would overshoot, but it should have attacked the fuel prices and electricity,” Jafferjee said.

According to him, the current economic crisis is not due to the pegged exchange rates but due to the fact that the Government meddled with demand. “There is too much domestic demand because of the excess fiscal loosening and monetary loosening,” he added.

When there is too much demand, he said that there were not enough dollars coming into the country to meet the demand.

Former Ceylon Chamber of Commerce (CCC) Chairman Chandra Jayaratne said uncertainty had been created about the exchange rates and incentives given to remittances and exporters with Cabinet Co-Spokesman Dullas Alahapperuma stating the decision to increase incentives were passed in the Cabinet without prior knowledge about the exchange rate depreciation by the Central Bank.

Statements by the CBSL Governor on the exchange rate also created uncertainty on Tuesday and Wednesday until the banks responded to the free float on Thursday morning.

Jayaratne said the bigger negative impact was due to the uncertainty displayed by such statements, as investors and people who wanted to send money were worried.

Moreover, he added that if the Government was going to continue with the dual exchange rates, then it would be in conflict with the International Monetary Fund (IMF) membership requirements, which did not allow member countries to have multiple exchange rates.

“Last week, the CBSL said it was not going to change the exchange rate and was not going to the IMF. No self-respecting investor, trader, analyst, or sovereign rating agencies will give any positive consideration when the Central Bank is sending all the wrong signals,” Jayaratne asserted.