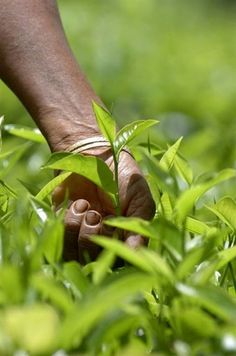 Sri Lankan tea exporters are now making arrangements to receive their payments in lieu of tea exported to Russia, through banks which have not been sanctioned as of yet, as a consequence of the decision by the European Union (EU) to exclude seven Russian banks from the Belgium-based Society for Worldwide Interbank Financial Telecommunication (SWIFT) system, Sri Lanka Tea Board Chairman Jayampathy Molligoda told The Morning Business.

Explaining further, he stated that Sri Lankan tea exporters were still able to ship to Russia and that the Port of St. Petersburg was still functioning. However, according to him, the current issue is getting the money for the shipments out.

Minister of Tourism Prasanna Ranatunga has stated that the number of tourists who arrived in the country from 1 January to 6 March is 200,798.

According to the Sri Lanka Tourism Development Authority (SLTDA), 21,964 tourists arrived in the country during the first six days of March this year.

The country saw 82,327 tourist arrivals in January and 96,507 in February. This is the highest number of tourists visiting the country in a month after a period of two years owing to the Covid-19 pandemic.

The ongoing power and energy crises led mainly by the shortage of official foreign exchange reserves have put apparel, the top item in Sri Lanka’s export basket, at risk of losing its international buyers, according to Joint Apparel Association Forum Sri Lanka (JAAF).

JAAF Secretary General Yohan Lawrence, during a press conference conducted by joint export sector associations and chambers on 7 March, stated that the apparel buyers have started showing signs of moving away from Sri Lanka to other potential countries for their apparel needs.

“Because of the lack of confidence buyers are already showing signs of shifting to other apparel-producing countries. I could not put a value on it but there are certain brands that are showing the signs,” Lawrence noted.

According to him, if such buyers move, gaining their confidence back would be a tough task.

Sri Lanka has maintained its official reserves at $ 2.31 billion ($ 2,314 million) in February, said the Central Bank of Sri Lanka (CBSL).

During the Monetary Policy Review press conference that took place on 18 January 2022, when a journalist inquired about the amount of reserves left in the Treasury, CBSL Governor Ajith Nivard Cabraal responded saying: “Reserves levels will be reported by the Central Bank at the relevant times. Please check the CBSL Weekly Indicators.”

The International Finance Corporation (IFC) aims to boost its investments in Sri Lanka, said IFC Regional Vice President – Asia and the Pacific Alfonso Garcia Mora during his meetings, while highlighting IFC’s investment of $ 450 million during the first 18 months of the pandemic in Sri Lanka as a sign of IFC’s steadfast commitment to the country.

The investment has been made with a focus on supporting private sector job creation, paving the way for robust investments to help spur the country’s recovery and future growth.

“In my meeting with the President, we discussed the need to have a sound macro fiscal stability to attract foreign capital and provide medium and long-term certainty,” Mora said. “The talks also focused on ways to maximise the potential of the country’s private sector to help address Sri Lanka’s challenges and achieve the inclusive growth the country needs.”

Hotels are offering complimentary meals and items to tourists during power cuts to keep them happy until their departure.

Speaking to The Morning, The Hotels Association of Sri Lanka (THASL) President M. Shanthikumar said most hotels were negatively affected by the shortages of power, fuel, and gas.

“The tourism sector is worst hit by the Covid-19 pandemic and power shortage. We had several discussions with authorities which ended without any favourable answers; most hotels are running out of gas and fuel as well.”

The Cabinet of Ministers granted approval on 8 March for the Golden Paradise Programme which involves the granting of long-term visas to tourists interested in investing in Sri Lanka.

“On the request of His Excellency Gotabaya Rajapaksa, the Cabinet approved a long-term visa option for tourists investing in Sri Lanka! This will not only significantly increase the FDI (Foreign Direct Investment) but will also encourage more professionals and experts to invest, work, and live in Sri Lanka! #GoldenParadiseVisa,” tweeted Minister Rajapaksa.

The Cabinet of Ministers on 8 March granted approval to pay an incentive of Rs. 30 per US Dollar (USD) on export earnings with the expectation of easing the difficulties faced by exporters.

This proposal, which was furnished by Minister of Trade Bandula Gunawardena and presented to Parliament, requested to pay an incentive of Rs. 30 per USD earned on export earnings over the previous quarter to companies that have achieved at least 10% export progress compared to the corresponding quarter of the previous year.

Western countries could face oil prices of over $ 300 per barrel and the possible closure of the main Russia-Germany gas pipeline if governments follow through on threats to cut energy supplies from Russia, a senior minister said last Monday (7).

Oil prices spiked to their highest levels since 2008 on Monday after US Secretary of State Antony Blinken said Washington and European allies were considering banning Russian oil imports.

“It is absolutely clear that a rejection of Russian oil would lead to catastrophic consequences for the global market,” Russian Deputy Prime Minister Alexander Novak said in a statement on state television.

Google on Tuesday (8) announced it has agreed to buy cybersecurity firm Mandiant for around $ 5.4 billion, one of the largest acquisitions in the tech giant’s history and a big bet that helping companies better address cyber threats can bolster its cloud computing business.

A leading ratings agency has warned Russia is likely to soon default on its debts, as it downgraded the country’s bonds further into “junk” territory.

Fitch Ratings slashed its assessment of Russia to almost the bottom of its scale, just days after downgrading it from investment status.

“The further ratcheting up of sanctions, and proposals that could limit trade in energy, increase the probability of a policy response by Russia that includes at least selective non-payment of its sovereign debt obligations,” Fitch said.

Apple Inc. introduced 5G versions of its low-end iPhone SE and iPad Air tablet, as well as a redesigned Mac desktop computer and faster processor, kicking off what’s likely to be its most prolific year yet for new product releases.

The European Union’s top court has ruled against the United Kingdom, upholding a claim from the European Commission that the former EU member should pay the billions of euros it failed to collect due to import fraud.

Tuesday’s (8) ruling came after the European Commission complained that importers into Britain evaded a large number of customs duties with false invoices and artificially low value declarations for Chinese textiles and footwear.

The EU executive estimated that the EU budget lost 2.7 billion euros ($ 2.9 billion) from 2011 to 2017 and there were additional potential losses of value-added tax. All EU members were liable for such financial consequences, it said.

Adidas has struck a sponsorship deal with the Italian national soccer team to kit out the European champions from next year, replacing arch rival Puma (PUMG.DE), the German sportswear group said last Wednesday (9).

Puma has sponsored Italy since 2008 and will provide their kit for the World Cup in Qatar later this year, assuming the team qualifies for the competition.

US President Joe Biden signed an executive order on Wednesday (9) requiring the Government to assess the risks and benefits of creating a central bank digital dollar, as well as other cryptocurrency issues, administration officials said.

Biden’s order will require the Treasury Department, the Commerce Department and other key agencies to prepare reports on ‘the future of money’ and the role cryptocurrencies will play.

Wide-ranging oversight of the cryptocurrency market, which surged past $ 3 trillion in November, is essential to ensure US national security, financial stability and US competitiveness, and stave off the growing threat of cyber crime, officials said.

Japan’s economic rebound was softer than initial estimates in the final quarter of 2021, revised data showed on Wednesday (9), as the pickup seen in consumer and business spending was weaker than first reported.

The downwardly revised growth is bad news for policymakers tasked with keeping the country’s fragile recovery on track as a jump in commodity prices due to the Ukraine crisis and persistent supply disruptions heighten economic uncertainty.

Revised Gross Domestic Product (GDP) data released by the Cabinet Office showed Japan expanded an annualised 4.6% in October-December. That was lower than economists’ median forecast for a 5.6% gain and the preliminary reading of 5.4% released last month.

Consumer giants including McDonald’s, Coca-Cola, and Starbucks have joined the list of firms halting business in Russia due to the invasion in Ukraine.

McDonald’s said it was temporarily closing its roughly 850 restaurants in Russia, while Starbucks also said its 100 coffee shops would shut.

On Wednesday (9), Heineken stopped beer production and sales in Russia.

Mothercare said all business in Russia, which represents 20% to 25% of its global sales, had been stopped.