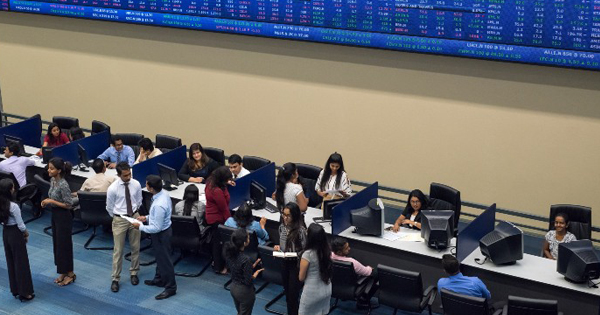 The Colombo Stock Exchange (CSE) had its greatest single-day performance yesterday (10), as the All Share Price Index (ASPI) surged up by 6.81% by the close of day in comparison to the previous day’s close in what has been a highly eventful week.

This impressive performance yesterday came in the midst of an extremely volatile week for the market as the ASPI had, prior to the resurgence yesterday, fallen by 1079.77 points (9.5%) from the previous week’s close, during the first three days of the week.

The most active share in terms of number of trades was EXPO with 3,890 trades, followed by BIL with 2,585 trades, LOLC Finance PLC (LOFC) with 2,307 trades, Softlogic Life Insurance (AAIC) with 1,319 trades, and Commercial Leasing and Finance PLC (CLC) with 1,137 trades.

The market has been on a downward trend since reaching its all-time high of 13,462.39 recorded on 19 January 2022. What had initially started as minor pullback was aggravated by margin selling and panic selling. This situation was further exacerbated by several external developments which included power cuts in the country due to the inability to source the diesel required for power plants as a consequence of the forex liquidity crisis in the country, a drastic rise in energy costs due to the Ukraine-Russia conflict, tightening of Sri Lanka’s monetary policy stance with the increasing of the Standing Deposit Facility Rate (SDFR) and the Standing Lending Facility Rate (SLFR) of the Central Bank of Sri Lanka (CBSL) by 100 basis points each and the devaluation of the Sri Lanka rupee by the CBSL earlier this week.

The recovery observed yesterday in the CSE mirrors the performance of most global equity markets which rebounded on Wednesday (9) as Russia and Ukraine announced the commencement of diplomatic talks and the US announced its intention to push the Organisation of the Petroleum Exporting Countries and allies (OPEC+) to increase supply to the global market.