WHO’S TO BE BLAMED? – The Morning 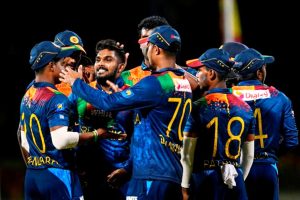 In spite of high hopes, Sri Lanka cricket is yet to lead in the right direction

Finger of accusation pointed to various parties on a circular motion as country’s cricket plunges into abysmal depth, without anyone to take the blame

A conspiracy is being hatched inside Hilton Garden Inn, adjacent to the pavilion of the Old Trafford Stadium, in Greater Manchester, England during mid June 2021.

A tall, hard-hitting all-rounder had already made secret negotiations with the board officials in Sri Lanka – I’ll arrange the players to sign the contracts and you give me the white-ball captaincy.

Dhananjaya de Silva, Oshada Fernando, and Lakshan Sandakan had allegedly take part in the discussion with this to-be Sri Lanka limited-over Captain completely unaware of them being part of a smartly laid-out plan.

That was the time when Sri Lanka Cricket (SLC) and its new Technical Advisory Committee (TAC) were introducing major changes into the annual national player contracts.

The senior players were revolting, challenging even possible legal action, for their benefits had been drastically cut down by the newly-introduced contract scheme.

Muttiah Muralitharan representing the TAC had openly criticised the senior players in the media arguing it was time to move ahead without depending much on them. 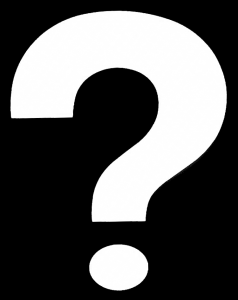 It was too late

The SLC was under immense pressure to get the players tight to their annual contracts soon. An unprecedented player exodus looked to be on the cards. The SLC, true to form, had found the smartest option to get at least some players sign those contracts.

“You get down the players to sign the contracts after England, we’ll appoint you as the Captain in place of Kusal Perera,” – the negotiation had been finalised.

Yet, by the time de Silva, Fernando, and Sandakan came to understand that they had unknowingly become part of a bigger plot, laid down by the lanky white-ball all-rounder, it was too late.

Things went on according to the plan: Perera was ousted after just couple of series and Dasun Shanaka was appointed in his place aiming for the Twenty20 International World Cup which came up later in the year.

Overtly, it was a very sensible move. The fellow had united a young Sri Lanka outfit in Pakistan in 2019, in absence of some seniors, to guide them to a remarkable victory. Shanaka was seen as an obvious make-peace skipper!

And, most significantly, the annual player contract issue too was sorted out soon. Players signed the contracts with the seniors still being in the receiving end.

This incident at Hilton Garden Inn at Old Trafford last June provides a light to understand deeply the current predicament of the Sri Lanka white-ball team.

Why is Shanaka fast losing control of his team? They say Wanindu Hasaranga is playing for Indian fan and Chamika Karunaratne is playing for the local ‘gallery’.

The moment the captain losses control of his team and stop commanding respect from his team-mates, the team becomes a boat sans its main sail.

Sri Lanka team was expected to make headway under Shanaka. They were expected to win some series and get direct entry into the T20I World Cup at least this year. Nothing of the sort happened. They are yet to give assurance to the local cricket fans that, at least, they are on the right track.

What they often won were most of the time series’ dead-rubbers when their oppositions sought to experiment with new faces.

It is unreasonable, anyway, to judge his captaincy credentials before even a year is passed but the problem is that the news coming from the national limited-over side is not encouraging.

Is Shanaka having substantial control over his team?

With his team-mates knowing pretty certainly how he was elevated to the leadership role does not auger well for a healthy relationship between him and his team.

Apart from the captaincy hullabaloo and lack of teamwork, there are many other problems pertaining to Sri Lanka’s national cricket at the moment. The key aspect of current Sri Lanka cricket is its disastrous decentralisation of power.

Hence we, the media, are compelled to ask, ‘who’s to be blamed?’

Is it SLC under Shammi Silva, TAC under its Chair Aravinda de Silva, Mahela Jayawardene and his National Sports Council (NSC), the National Selection Committee headed by Pramodya Wickramasinghe, or the Sri Lanka white-ball and Test teams under Shanaka and Dimuth Karunaratne respectively?

Since the present Sri Lanka Government came into power in 2019, the most notable breakthrough that they could make in cricket is getting down the services of leading ‘legends’ of the sport who had till then been reluctant to take any responsibility in the game’s administration.

Yet there is no sign so far that such a thing happening! Why?

When Sri Lanka won the World Cup in 1996, every force aligned to achieving one, single cause – The team (Arjuna Ranatunga), the selectors (Sidath Wettimuny), team management (Duleep Mendis), the cricket board (Ana Punchihewa), and the Government (Chandrika Kumaratunga and S.B. Dissanayake) of the time. It is difficult to produce results no matter how big the names are, if they are guided honestly to one, single objective.

Is such guidance taking place now?

The board is blaming the TAC, the TAC is blaming the board, the selectors are allegedly divided as Kaluwitharana and Hemantha Wickramaratne going one way whilst Wickramasinghe going another way joining hands with Jayawardene.

None of the above bodies, quite unfortunately, has been able to give a picture of honesty and integrity to the independent observers who love the game and want badly this beautiful, talented country excel further in the world of cricket.

What they can fathom is the usual trickery, selfishness, business dealings, with the want to making hay while the sun shines.

Ashen Bandara and Shiran Fernando had been in the setup but now look to be nowhere. Management of Kamil Mishara and Janith Liyanage leaves much to be desired.

Handling of the issue of Bhanuka Rajapaksa looked puzzling. Why were Lasith Malinga’s services not sought in India, instead of Australia?

Mahela will soon join his Indian Premier League (IPL) team Mumbai Indians and will not have much time to commit himself to Sri Lanka’s cricket, in spite of his capacity as Consultant Coach of al leading teams. He might then leave to The Hundred tournament in England.

So will be Sangakkara and Muralidaran who are part of the IPL structure.

One might wonder whether our cricket is being prostituted by various interested parties, only to sort out their own personal financial problems and further increase their riches in the guise of serving the sport.

I am not in the opposition nor am I...

I am not in the opposition nor am I...