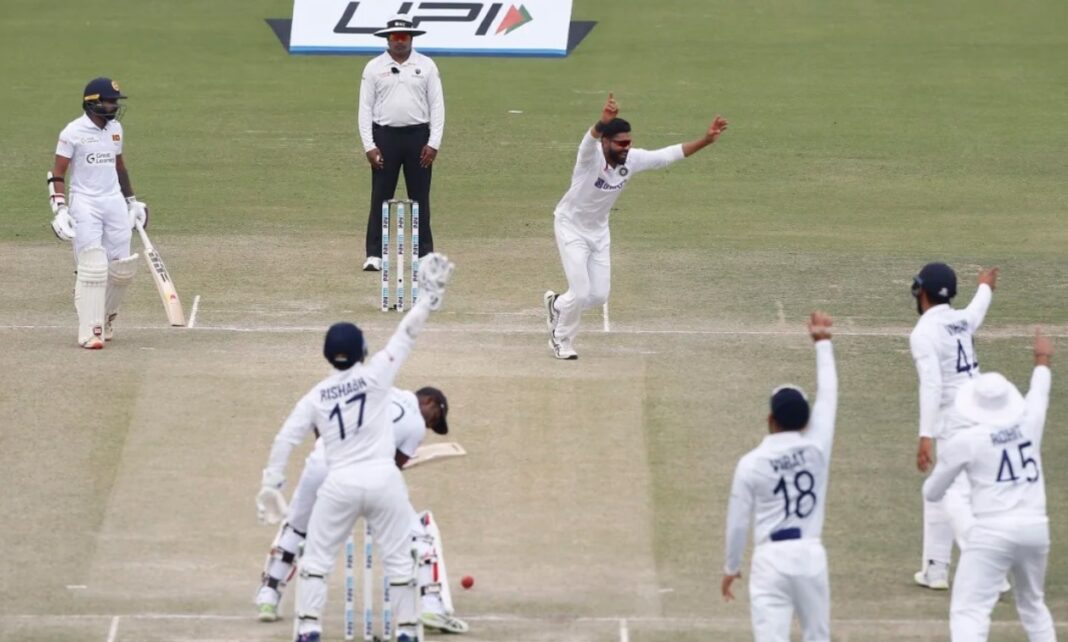 Result: India win by an innings and 222 runs

Player of the Match: Ravindra Jadeja

An all-round performance from Ravindra Jadeja (175 runs and nine wickets) and Ravichandran Ashwin (61 runs and six wickets) helped India register a resounding win in the first Test by an innings and 222 runs under three days yesterday (6) at the Punjab Cricket Association I.S. Bindra Stadium, Mohali, Chandigarh.

The way Sri Lanka folded before Jadeja and Ashwin was nothing but humiliating when one thinks that they had historically been a spin bowling powerhouse that produced an array of world-class spinners and batters who usually excel on spin-friendly tracks.

The humiliation of their loss under three days (they were all out in the second innings 25 overs after tea yesterday) was all but increased by their appalling selection blunders, as was noted by even international television commentators.

The two Indo spinners took 15 of the 20 Sri Lanka wickets to fall indicating how woeful the Lankan management had read the wicket in spite of all the “specialists” that govern, coach, consult, and manage the national team, ranging from Mahela Jayawardene, Tom Moody, Aravinda de Silva, Kumar Sangakkara, Muthiah Muralidaran et al.

The victory gives India 12 crucial points in the International Cricket Council (ICC) World Test Championship (WTC) keeping them at No. 5 in the table whilst Sri Lanka slip to No. 3 with this loss. The hosts have also taken a 1-0 lead in the two-match series.