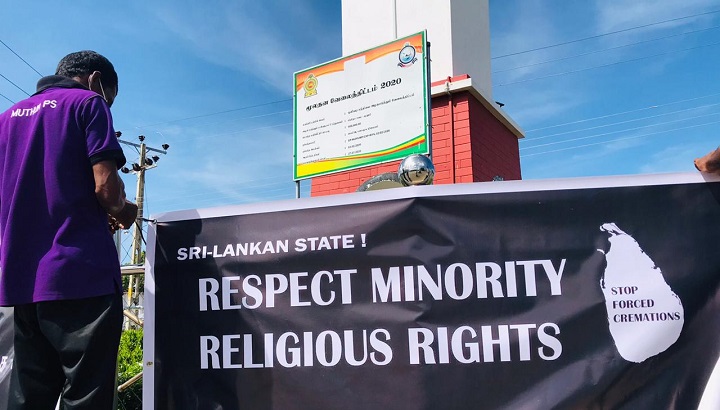 ECONOMYNEXT – Sri Lanka has ended a controversial limit on COVID-19 burials, with the health ministry announcing on Friday (04) that permission has been granted to bury bodies of those who died of the disease at any cemetery or burial ground effective Saturday (05).

A circular from the health ministry said the body of a COVID-19 victim can be handed over to relatives, but it should be disposed within 24 hours. The body cannot be transported to any other place other than the burial site.

The method of disposal of the body at the cemetery or burial grounds will be at the discretion of the relatives. However, bodies of those who died of unknown causes will have to undergo an inquest procedure where the disposal will be decided by the magistrate according to the criminal procedure code of Sri Lanka.

The cost of burial has to be borne by the victim’s family, according to the circular. It will not be funded or facilitated by the Ministry of Health or any other departments hereafter, it said.

The government of Sri Lanka came into harsh criticism from rights activists both local and international when it banned the burial of COVID-19 victims citing fears of contamination, which many experts said went against scientific consensus and some activists said was tantamount to forced cremation. The ban drew a storm of protests from various corners, with the Muslim community being particularly vocal against it.

The ban was eventually lifted in early 2021 but burials were strictly limited to a site in Ottamavadi in the Eastern district of Batticaloa. Until Friday’s announcement, COVID-19 bodies buried in Ottamavadi had been kept in mortuary freezers until their burial.

Muslim Covid burials issue: First bodies to be buried in Ottamavadi in Batticaloa

Friday’s announcement comes in the midst of the 49th session of the United Nations Human Rights Council (UNHRC) now taking place in Geneva, where Sri Lanka’s human rights records and its treatment of minorities are expected to be taken up. (Colombo/Mar04/2022)