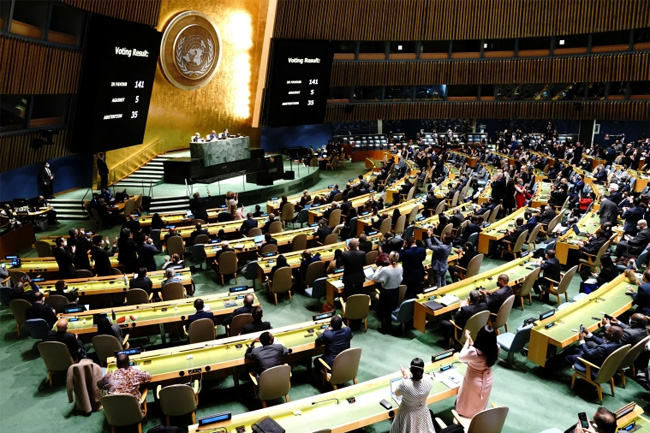 The United Nations General Assembly has voted overwhelmingly to condemn Russia’s invasion of Ukraine “in the strongest terms”. Titled “Aggression against Ukraine”, the resolution demanded an immediate halt to the offensive and the withdrawal of all Russian troops. It was backed by 141 of the assembly’s 193 members, with five[…]

The post SL abstains from voting on UN resolution to condemn Russia’s invasion of Ukraine appeared first on The Morning – Sri Lanka News.