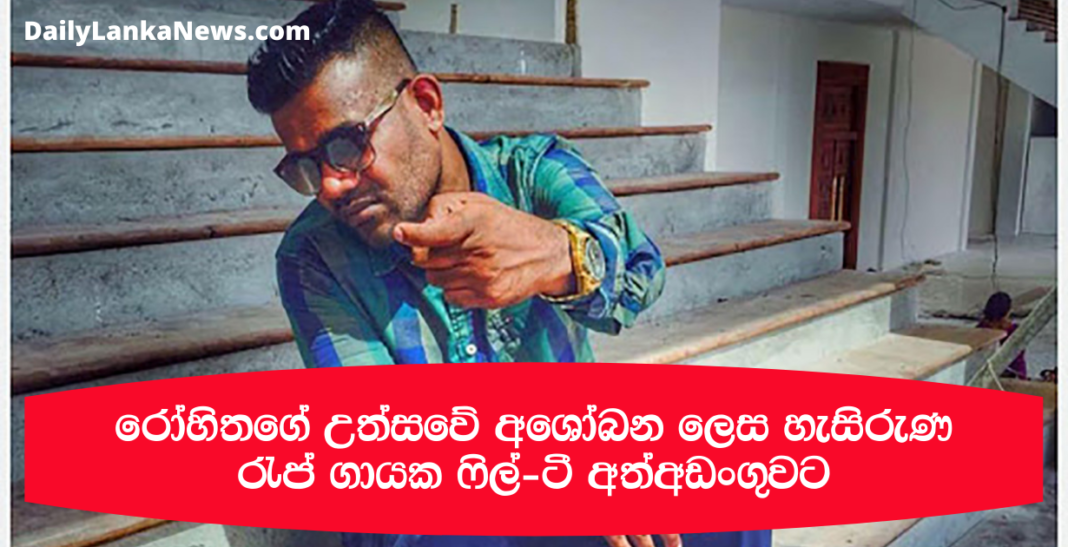 A local rapper has been arrested at Keselwatte in Panadura for unruly and abusive behavior near where a students’ seminar was taking place, police said.

Chamath Perera, who goes as Fill-T, had used filthy language and tried to remove face-masks worn by policemen on duty.

Arrested and produced before the Panadura magistrate, he was given a severe warning and enlarged on bail.