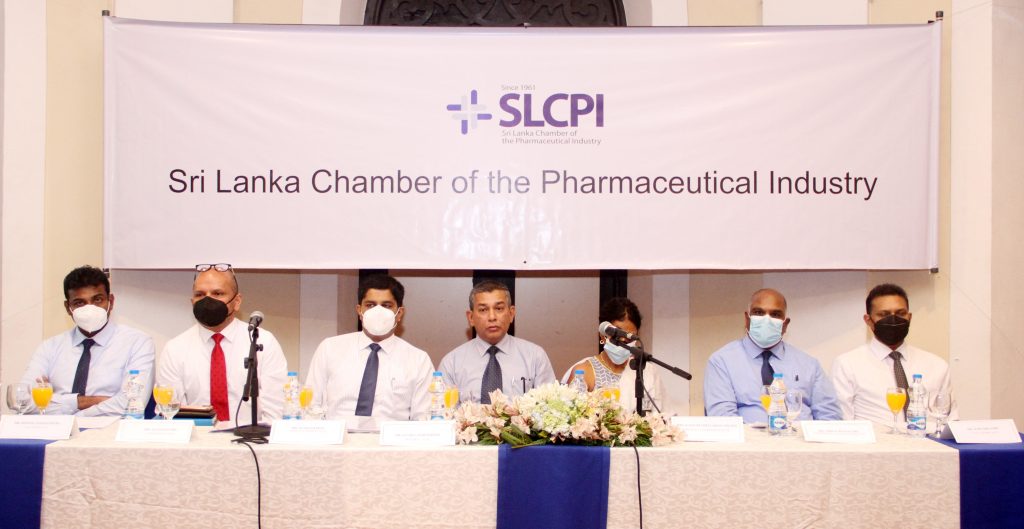 The Sri Lanka Chamber of the Pharmaceutical Industry (SLCPI) foresees a 20-25% shortage in medicine in the Sri Lankan pharmacies as the SLCPI’s outlook for 2022 is murky due to “unrealistic” price regulations, a delay in granting import licences, and the dollar shortage.

Its Senior Vice President M. Prathaban said: “Currently, we have a 5% shortage of the medicine and the rest of the stocks are sufficient for another six weeks to two months. However, if the situation does not get resolved, there would be a crisis to the extent where even the life-saving drugs would face scarcity leading to a 20-25% shortage.”

He made this remark yesterday (2) during the press conference that was held at Taj Samudra on the SLCPI’s concerns over the shortage of essential medicines amidst the ongoing economic crisis in the country.

“As it is now, it is not a major crisis, but what is coming is not good. So at the moment it can be limited to paracetamol and a few other drugs. We want to explain the current situation,” said SLCPI Vice President Azam Jaward, reiterating that delays that take place at the National Medicines Regulatory Authority (NMRA) is due to the absence of a pricing mechanism and due to the dollar shortage that has put pressure on the pharmaceutical importers.

The SLCPI stressed the need for a pricing formula mechanism which is sensitive to the exchange rate, inflation, and the fuel price increase, because at the moment, the importers encounter sky-rocketing freight costs along with the exchange rate for the Sri Lankan rupee against the US dollar.

Responding to an inquiry made by a journalist on the medicines that are undergoing a shortage currently, SLCPI President Sanjiva Wijesekara said that medicine for fever and high blood pressure are out of stock at the moment.

With regard to the dollar shortage, the SLCPI stressed that for over one-and-a-half months they have been unable to open a line of credit with the banks as they are unable to provide dollars to medicine importers.

Moreover, pharma importers have been asked to request dollars from exporters instead. Nevertheless, the exporters have expressed their unwillingness to provide the importers dollars for the current exchange rate of the Central Bank of Sri Lanka (CBSL), but rather at around Rs. 245 per USD.

“In addition to this, companies have been unable to pay their dues. As a result, suppliers are no longer interested in supplying to Sri Lanka,” stressed the SLCPI, explaining the gravity of a possible medicine scarcity in the country.

The SLCPI represents over 60 members who account for more than 80% of the private pharmaceutical industry. They consist of  pharma manufacturers, importers, distributors, and retailers.

Moreover, these stakeholders supply patients with 1,200 molecules from 435 manufacturers across the world.