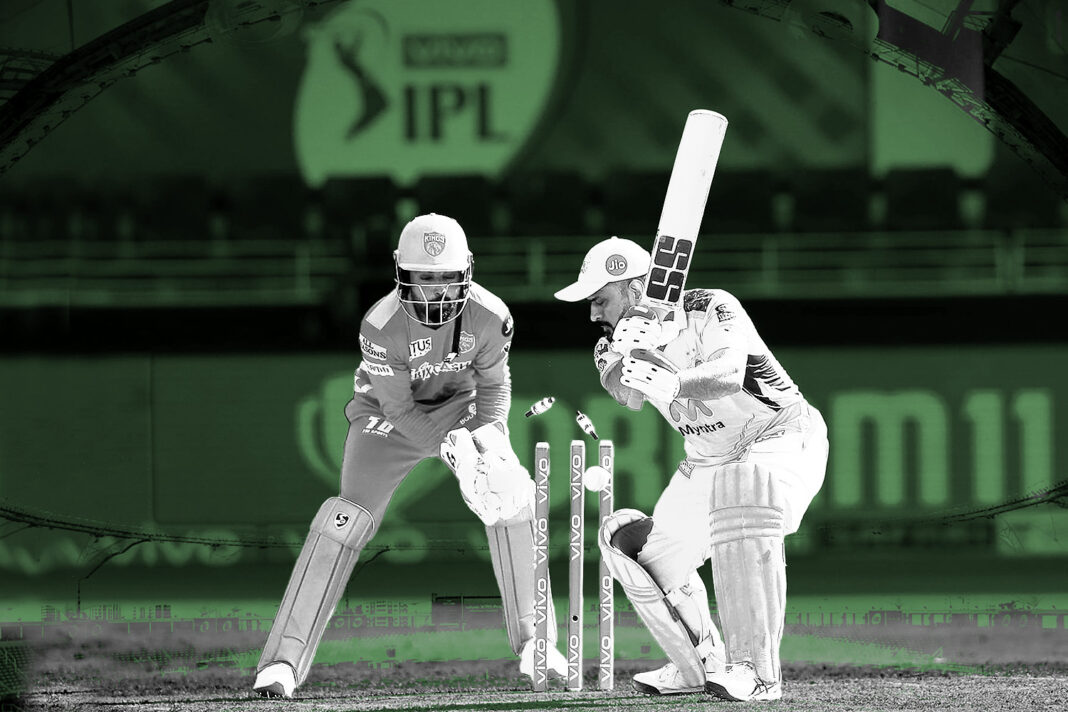 The battle for the rights to stream Southeast Asia’s premier sports asset — the Indian Premier League (IPL) — is about to heat up.

The Board of Control for Cricket in India (BCCI), the sport’s national governing body, began soliciting bids in early February for the next five-year streaming rights package.

The rights are currently owned by Disney through their 2019 acquisition of Star India, recalled Front Office Sports in a special report on Sunday (27 February).

The report stated that in 2017, the Indian broadcaster paid an unprecedented $ 2.55 billion for the rights to broadcast the league’s matches. This time the stakes are even higher as the new five-year deal could surpass a projected $ 6 billion or Rs. 1,216 billion!

Similar to China, India is an attractive market thanks to its population of 1.37 billion.

Now, a large total addressable market (TAM) alone is not enough to justify a $ 6 billion investment — there has to be a product market fit as well. Luckily for the world’s largest streamers, cricket has an incredible product market fit in India. In 2020, 44% of Indian households watched an IPL match live, accounting for 61 billion viewing minutes.

Some back-of-the-napkin math can show the incredible reach of the sport: 44% of a 1.37 billion population represents 603 million viewers, almost double the US population.

The potential value of the IPL

When the IPL was first founded in 2008, the league was home to eight teams and a 14-match schedule. Fast forward to 2021 and the league has grown to 10 teams and 74 matches.

In the past couple of years, at least three clubs have received backing from some of the largest private equity firms investing in sports properties:

In 2020, RedBird Capital Partners purchased a 15% stake in the Rajasthan Royals at a $ 250 million valuation.

The IPL’s streaming rights are a major part of why smart capital is flowing into the league.

As the popularity of a sport grows, the rights to view those sports become increasingly valuable from a dollar perspective. That appreciation in league value trickles down to teams ,and team owners often see a notable increase in franchise valuations thereafter.

Let’s take a look at some of the potential bidders for streaming’s newest grand prize.

Disney will bid to retain control of the rights, according to people familiar with the company’s plans.

Retaining the IPL for Hotstar, which has merged with Disney+ in India, is important for Disney’s continued growth in international markets. The Mouse is hoping to see its streaming user base reach 260 million by 2024.

Here’s where it stands as of 9 February:

Disney+ subscribers reached 129.8 million, up 11.7 million from the previous quarter and 37% year-over-year.

While it’s difficult to extrapolate, the company’s most recent financials indicate that 35% of Disney+ subscribers come from India. Of these users, a large portion are likely subscribing to gain access to the IPL.

SPNI owns close to a 51% stake in the combined entity, which is expected to make a significant bid for IPL rights. There’s some history here: Sony’s India unit held the rights for 10 years starting with the inaugural season in 2008.

Prior to the Zee merger, it was rumoured that Sony would make a joint bid with Amazon. While Amazon is no longer looking to bid jointly with Sony, they’re still in the mix for broadcast rights.

Both Sony and Amazon have the capital to spend on the potentially massive rights package. Sony is in a position to dominate in India after the Zee merger and Amazon continues to build out sports properties for Prime Video.

The joint venture set up a sports channel – Sports18 – and hired executives from Star Sports and Disney+ Hotstar to handle programming and advertisements, and bought the rights to major global sporting events and leagues including Spain’s La Liga, the FIFA World Cup 2022, and the Abu Dhabi T10 cricket series.

Viacom18 is reportedly in the process of selling a stake in the joint venture to renowned Indian media executive Uday Shankar along with media investment firm Lupa Systems. Shankar is the former chairman and Chief Executive Officer (CEO) of Star India and until 2020 served as Disney’s Asia Pacific head.

During its most recent earnings call, Paramount announced that its streaming service has reached 56 million subscribers. On top of that, revenue increased 16% year-over-year to $ 8 billion for the three months ended December 2021. One of the main reasons? The return of live sports.

The IPL and its enormous base of active users would only help bolster those numbers.

The case for streaming sports

Large streaming companies tend to struggle with both high customer acquisition costs and retention. Getting a user to sign up for any given service requires a strong enough carrot – for many in the Indian population the IPL is just that.

According to a Standard and Poor (S&P) Global Market Data report, frequent sports viewers are 74% more likely to subscribe to a streaming service if it has their desired sports property. Whichever service bags the IPL rights will be able to add a significant number of new users who are inherently sticky.

The race is on, and with Hotstar already driving much of Disney’s international growth, my horse is The Mouse – but we’ll have to wait and see, said Front Office Sports.